Transport for London has confirmed that bus route 415 will be extended from Elephant & Castle to Tesco in Old Kent Road starting on Saturday 7 March. 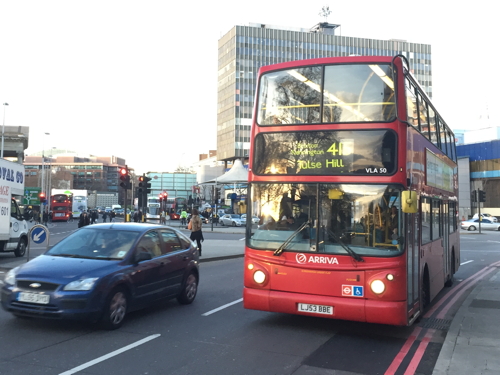 A 415 bus in Newington Butts

882 people responded to the recent public consultation on the proposed extension, and TfL says that 86 per cent were in favour of the change.

Transport bosses say they put forward the proposal after receiving complaints about overcrowding on buses heading up Old Kent Road towards Elephant & Castle in the morning peak.

"My thanks to passengers who raised their concerns with me and TfL about overcrowding on buses on the Old Kent Road."

Route 415 will continue to run every 12 minutes during the day Monday to Saturday, and every 20 minutes in the evenings and on Sundays.