9 in hospital after fight in Borough High Street

Borough High Street and Newcomen Street were cordoned off on Sunday morning as police investigated a large-scale fight which took place in the early hours. 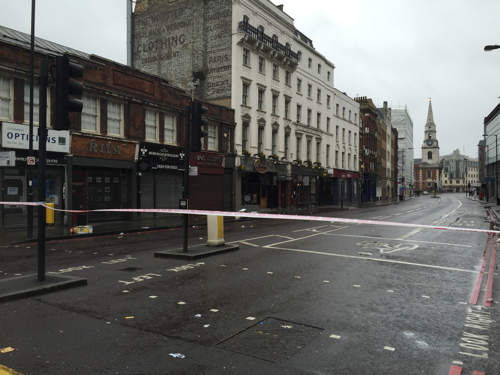 Police were called just after 3.30am on Sunday to reports of a large fight in Borough High Street.

Nine men were taken to hospital – some suffering from stab wounds – and are being treated at various South London hospitals.

According to police, none of the injuries is thought to be life-threatening.

A New Scotland Yard spokesman said that nine people have been arrested in connection with the incident.

On Sunday lunchtime a police cordon remained in place across Borough High Street between the Union Street junction and St George the Martyr church. Police were also examining a crime scene in Newcomen Street close to the King's Arms pub.