High Society at The Old Vic

High Society at The Old Vic is the farewell party for Kevin Spacey. 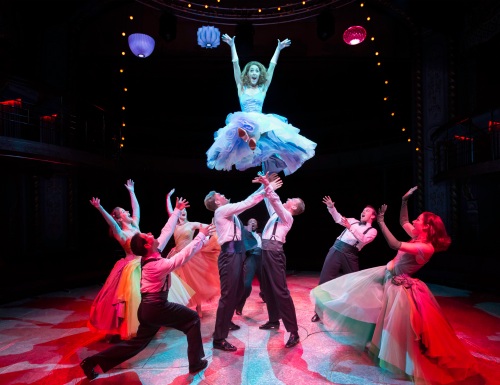 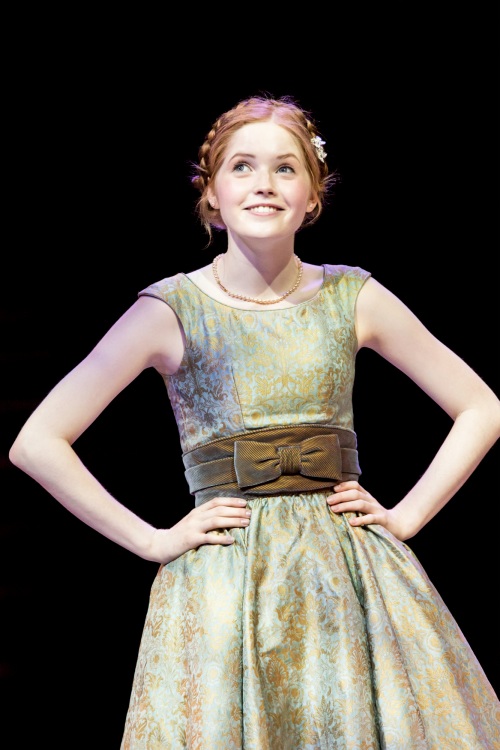 This is the last show under the tenure of Kevin Spacey as artistic director. When he arrived in 2004 he announced that his first season would include the first staging in London of The Philadelphia Story by Philip Barry.

The exuberant musical is also set in America. The story is thin but that does not matter because it is fast moving with a very clever set. It is well suited to The Old Vic's temporary theatre in the round. The audience can feel that it is in the garden, on the tennis court, at the wedding and at the all night party.

The production opens imperceptibly and soon singer and pianist Joe Stilgoe, making his theatrical debut, is successfully risking audience participation as he looks ahead to the great pre-wedding party.

Then the hovering male staff in livery and the young maids, dressed like Lyons Corner House nippies, move into action speedily setting the scene.

Ellie Bamber, last seen in Aspects of Love at the Menier Chocolate Factory, shines as the difficult teenager Dinah Lord.

Kate Fleetwood, as the troubled bride Tracy, gives a strong performance in the role once played on screen by Katharine Hepburn and Grace Kelly. Jamie Parker and Annabel Scholey playing the interlopers become central characters.

We are reminded where some of those famous songs such as 'What a swell party this is' come from.

The theatre programme contains Spacey's farewell letter in which he rightly describes the cast as stunning. In April 2004, speaking on the stage of the troubled theatre, he pledged: "We are here for the long term. I live here now". High Society is the 50th production in eleven exciting years.