The deadline for nominations for Southwark Council's 2004 blue plaques scheme is Thursday 19 February. 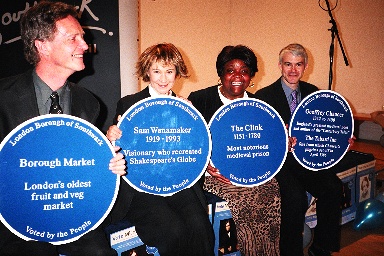 Southwark Council launched its blue plaques scheme in November 2002, with the places and people to be recognised decided by the public. 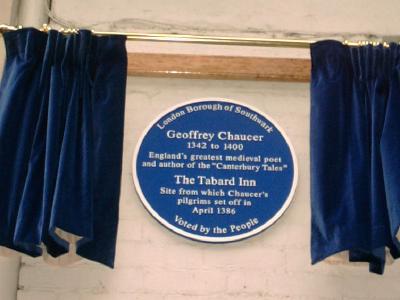 The first round of the scheme resulted in 10,500 votes and 20 Blue Plaques honouring the borough's favourite icons. SE1 plaques included recognition for the Globe Theatre, the Clink prison, the site of the Tabard Inn off Borough High Street (unveiled by Terry Jones), Charles Dickens School and Mary Woolstonecraft's home near Blackfriars Road.

This year the council will be putting up three Blue Plaques voted for by the people. Nominations are open until 19 February on the council website.