Detectives investigating a murder are continuing to appeal for witnesses to an argument in Tower Bridge Road in the early hours of Saturday morning to come forward. 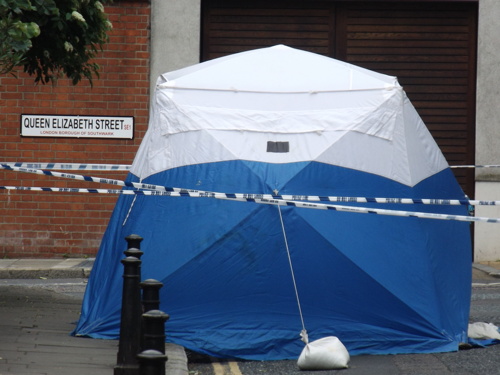 A 20-year-old man died in hospital early on Saturday morning after a disturbance on Queen Elizabeth Street, near the Tower Bridge Road junction.

On Sunday morning detectives arrested a 28-year old man on suspicion of murder. He currently remains in custody.

On Saturday another man was arrested on suspicion of murder but no further action will be taken against him.

Although we are in the early stages of the investigation we believe that an argument involving a number of men and women took place in Tower Bridge Road," said Detective Chief Inspector Rebecca Reeves.

"This then continued in Queen Elizabeth Street where the victim subsequently died.

"The area around Tooley Street has a popular nightlife and I would ask that anyone who had been to a club in the area and may have witnessed the assault to contact us.

"A number of night buses also use this route and it is possible that someone travelling to work, or heading home, may have seen something that will assist our investigation."