Plans for a 30-storey tower in Southwark Street inspired by a Russian space rocket are likely to be rejected by councillors next week. 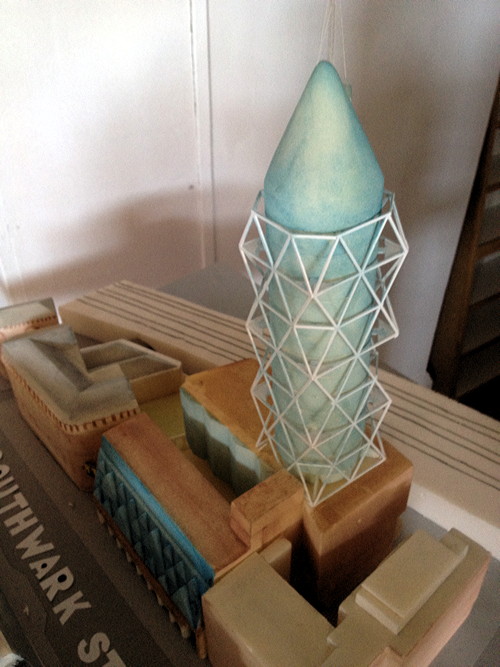 Don Riley, owner of the Menier Chocolate Factory building, has for several years planned to redevelop the adjacent site at 55 Southwark Street with a high-rise tower inspired by the rocket that took cosmonaut Yuri Gagarin to space in 1961.

Next Tuesday Southwark's planning committee will consider the proposal, with council officers recommending that planning permission be refused.

Suggested grounds for refusal include excessive height, the impact on the Thrale Street conservation area and a lack of affordable housing provision.

"The rocket reference is completely alien to the character and identity of Southwark, and indeed London as a whole," says the report by planning officer Wing Lau.

"This crude and literal depiction, described by CAAG [conservation areas advisory group] as 'comic', has no basis in its locale.

"Furthermore, it appears that this overriding design concept has been pursued at the expense of any architectural quality, and as such it results in compromises such as uncomfortable circular apartment layouts, inappropriate use of materials and a willfully insensitive insertion on the skyline."

The report also notes that the tower will include just nine flats in a space that with a more conventional design could accommodate around 30 homes.

• Read the planning officers' report in full and find out more about the scheme at www.gagarinsquare.co.uk

What do you think of the proposed tower?