A gruelling trans-world expedition came to an end on Tuesday as 30-year old British adventurer Sarah Outen MBE kayaked under Tower Bridge, completing her four and a half year London2London: Via the World challenge. 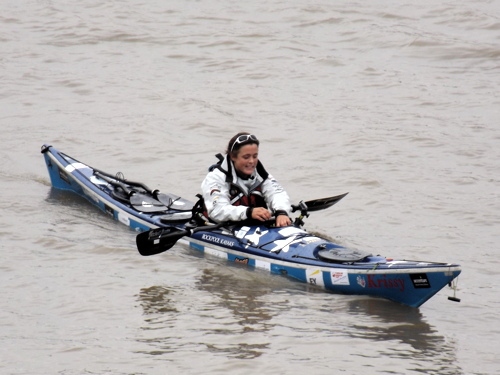 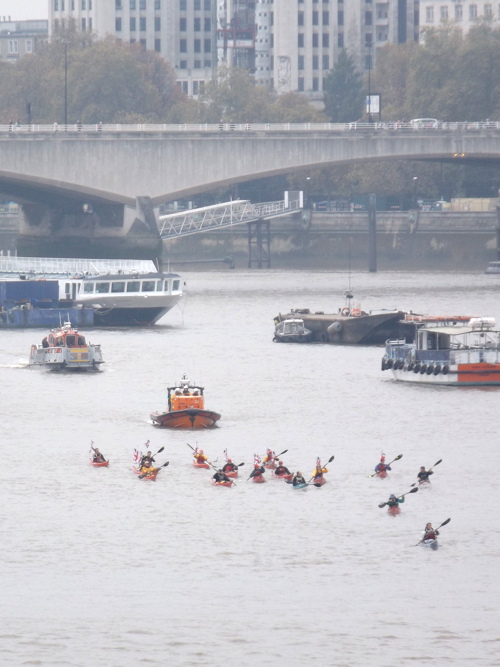 Sarah was joined on the Thames for the final stretch of her expedition by fellow kayakers and RNLI London lifeboats, cheered on by family, friends and supporters lining the river and Tower Bridge.

She has survived a perilous mid-ocean rescue after being hit by a tropical storm on the Pacific, has cycled in temperatures ranging from 40 degrees in the Gobi Desert to -40 degrees during the North American winter and had a near death experience when she was sucked under the bows of a container ship in her rowing boat.

Sarah Outen said: "This expedition has pushed and challenged me to my limits and beyond.

"There have been quite a few moments when I wasn't sure if I would make it out alive. But I was determined to see this through to the end and to now be back home is really special.

"I have been humbled and inspired by the places I've been and the people I've met, which has made for an amazing few years."