Travellers have moved in to the Rich Industrial Estate in Crimscott Street, Bermondsey. 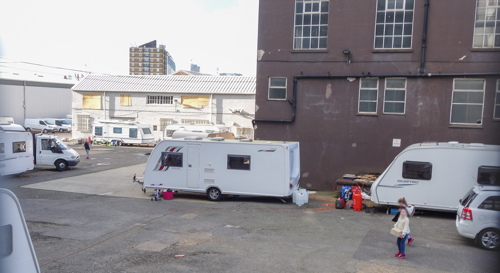 The travellers moved in to the Crimscott Street complex on Monday night with a fleet of vans and caravans.

The former Crosse & Blackwell factory – where Branston pickle was once produced – is currently the subject of a planning application by developers London Square who want to create more than 400 homes.

Cllr Richard Livingstone, Southwark's cabinet member for housing, said: "I am assured that the owners of the Rich Industrial Estate have taken all the necessary steps to the illegal occupants on, as soon as possible.

"As the site is privately owned, council officers have been supporting the efforts of the landowners and the police to limit the negative impact on the surrounding community.

"Unauthorised camps have no place in our borough, and we're proactively securing vacant council sites across the borough to limit this occurrence elsewhere."