A man who committed 13 knifepoint robberies in a little over a month at shops across south London has been jailed. 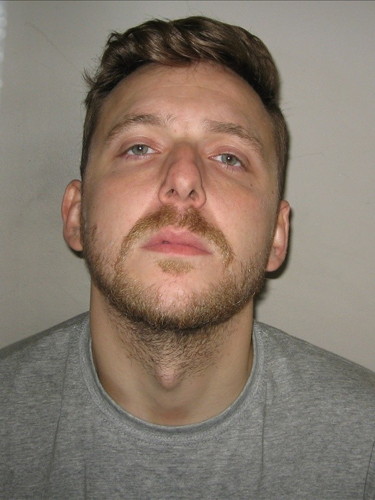 33-year-old Craig Adams, of no fixed abode, was jailed in total for seven years at the Inner London Crown Court on Friday, having pleaded guilty to 13 counts of robbery and three counts of burglary.

Adams targeted employees working late in the evening, forcing his victims to hand over cash from the till. He used a number of different weapons including various knives, a large machete, a meat cleaver and, finally, a large sword.

Detectives issued two CCTV appeals showing the suspect committing robberies in an attempt to identify him.

Adams was ultimately identified as the suspect after his palm print was lifted at Foyles bookshop on the South Bank.

The 13 offences were then linked as a series by "super-recognisers" who had reviewed clips of the robberies on a Met database which holds thousands of CCTV images showing suspects committing offences.

The businesses robbed by Adams included Shoe Zone at Elephant & Caslte Shopping Centre and Pets at Home on the Old Kent Road.

Adams was arrested on 5 November last year as he ran from police after committing his final robbery at Subway in Tulse Hill.

Dog handlers were called to the scene and Police Dog Bruno located the sword used by Adams that had been discarded over a fence.

Adams was charged the next day after five hours of interview and pleaded guilty to all charges the following month at Inner London Crown Court.

Adams was also deemed a dangerous offender by the court, and will be given an extended period of licence for five years, to begin when his current sentence is served.

PC Lucie Fish, from Lambeth CID, said: "We are satisfied with the sentence handed down today which reflects the seriousness of the offences. Adams's serial offending was escalating rapidly under pressure to satisfy a drug-debt he had built up while in prison.

"Adams was apprehended thanks to excellent forensic work and his other offences – which had taken place across five London boroughs – were linked by our super-recognisers.

"Our thoughts are with his victims and we trust that the sentence handed down will assist with their recovery following their ordeals."