Heritage watchdog Historic England has objected to plans for a 40-storey tower at Elephant & Castle because it will spoil views of the Westminster world heritage site from the Serpentine Bridge in Hyde Park. 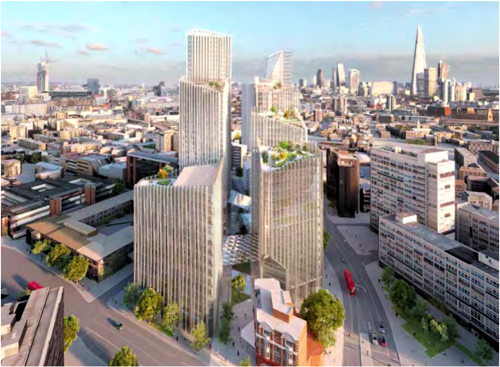 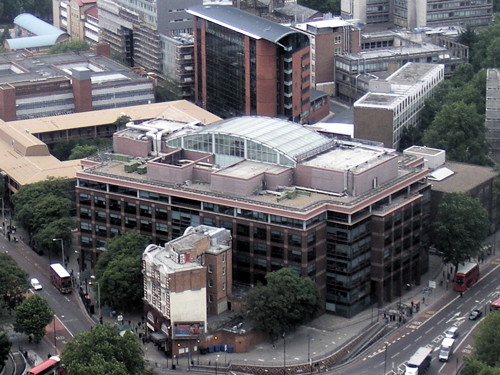 Last autumn London and Regional Properties revealed its proposals to redevelop the site of the Department for Health offices at Skipton House and the adjacent Perry Library of London South Bank University.

Now the firm has submitted a planning application to Southwark Council for a scheme up to 40 storeys high, including 421 homes, around 50,000 sq m of offices, an underground concert hall and art house cinema and ground-floor retail.

The scheme has been designed by architects SOM, whose other projects have included the Burj Khalifa in Dubai, the world's tallest building.

A roof garden – open to the public – will be one of the key features of the scheme if it is built.

Despite the inclusion of 421 private homes in the development, it is likely that any affordable housing linked to the scheme will be built elsewhere.

Now Historic England (which took over some of the functions of English Heritage last year) has written to Southwark Council to lodge an objection to the proposed tower.

In his letter, Michael Dunn, Principal Inspector of Historic Buildings and Areas, warns that "the proposed tower would harm the significance of the listed buildings within the Westminster world heritage site by reducing the visual primacy of the historic buildings.

"This is particularly evident in the ... view from the Serpentine Bridge."

Mr Dunn also notes that "the proposed tower will have a harmful impact upon the settings of conservation areas and listed buildings in other views, particular from West Square and Trinity Church Square".

He concludes: "In our view, the cumulative impact of the proposals on the historic environment causes harm that has not been justified.

"In that regard, we do not believe the proposals represent sustainable development as required by the National Planning Policy Framework, and we therefore object to them."

The Theatres Trust has welcomed the proposed 500-seat concert hall in the development but warns that it must not be regarded as an adequate substitute for The Coronet – with its 2,000 capacity – when it is demolished as part of the shopping centre redevelopment.

Transport for London has also criticised the plans, citing "a number of fundamental concerns".

TfL's response to the planning application claims that "the development does not take into account the Bakerloo Line station in the design, either in terms of potentially allowing a future direct connection into the station below ground, or how the space around the station is utilised.

"The lack of integration is a missed opportunity to resolve some of the transport and urban design issues associated with the station, and its current relationship with Skipton House."