A six-year project that has encouraged more than 1,200 people to grow fruit and vegetables on housing estates in SE1 came to an end with a celebratory event at Red Cross Garden on Sunday. 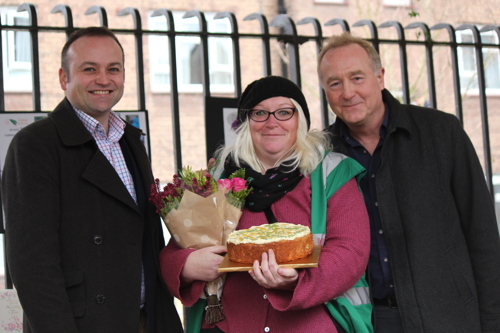 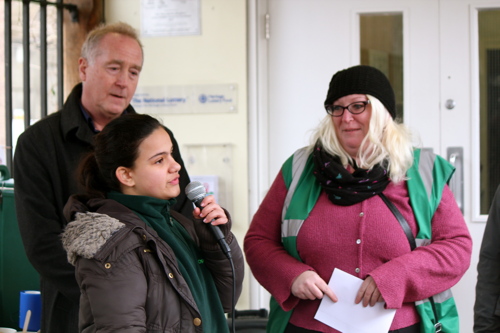 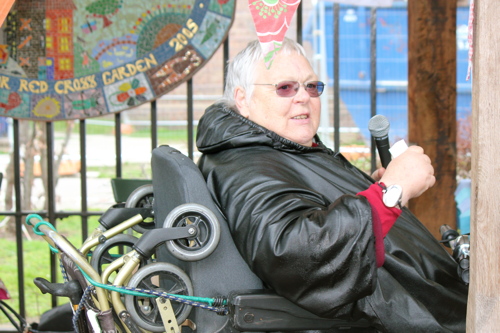 Neil Coyle MP was among the guests at Red Cross Garden for the Edible Bankside Finale on Sunday.

Bankside Open Spaces Trust's Edible Bankside began in 2010 with backing from the Big Lottery Fund and since 2014 has been supported by United St Saviour's Charity.

The scheme has brought together residents, mainly from social housing, to grow – and eat – their own produce. They even sold some of their surplus at Borough Market.

27 small pocket gardens – many of them raised beds enclosed by timber sleepers – have been created around the area during the Edible Bankside programme. Added together the beds cover the area of three tennis courts.

Damien Cheetham, who is chairman of the Lant and Bittern Tenants and Residents Association, said the five raised beds around his estates produced a variety of crops including potatoes, radishes, green beans, onions, gooseberries – even Brussels sprouts.

"The gardens brought people together who would not normally mingle, and we enjoyed sharing tips and experiences with other gardeners," said Damian.

"One tip – which we adopted – was to have an identifier patch of weeds, so people knew which plants to pull out!

Although the dedicated BOST team that provided hands-on help on site will be disbanded, the charity will continue to provide advice for residents who wish to continue their growing programme.

"Edible Bankside has been a great success in bringing people together to share a common interest," said BOST chairman Tim Wood.

"Under the guidance of Nicola Desmond it has brought valuable patches of green among a lot of grey concrete. I and sure that what we have started will, under the leadership of local residents, continue and flourish."