The Good Friday edition of ITV's Good Morning Britain breakfast show never made it on air because of a fire at the company's London Television Centre. 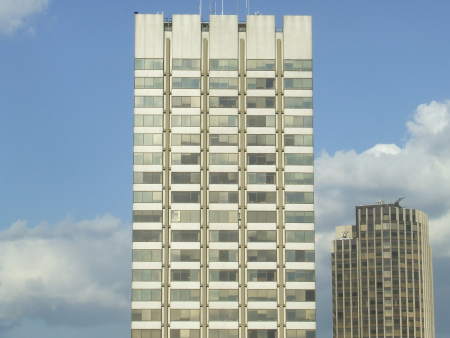 Four fire engines and 21 firefighters and officers were called to the ITV studios on Upper Ground on the South Bank early on Good Friday morning.

Part of a post room on the first floor was damaged by fire.

Around 50 people left the building before the brigade arrived, including the presenters and production team of Good Morning Britain. The show's Good Friday special was to be hosted by Ben Shephard and Kate Garraway.

Fire crews from Lambeth, Dowgate and Soho fire stations were sent to the scene.

Station manager Rod Vitalis said: "Firefighters did extremely well to contain the fire to a post room on the first floor.

" Thankfully no one was injured and 50 people evacuated safely."

The Brigade was called at 6.57am and the fire was under control by 8.43am.