A 49-year-old man has been arrested on suspicion of murder after detectives investigating the disappearance of PC Gordon Semple discovered human remains in a flat on the Peabody Estate in Southwark Street. 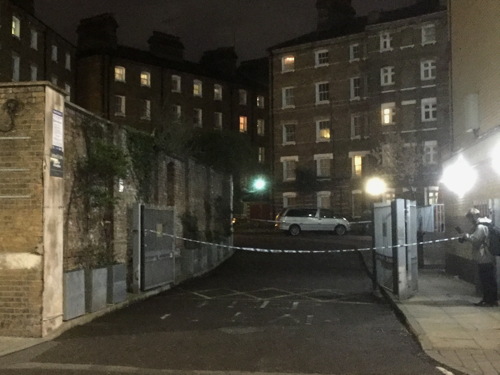 Police were called to the Peabody Estate on Thursday lunchtime.

They found human remains in a flat on the estate and arrested a 49-year-old man on suspicion of murder.

The estate is just a few yards from the last sighting of PC Semple in Great Guildford Street when he disappeared on Friday 1 April.

"This is obviously a significant development, and we have informed Gordon's family," said a Scotland Yard spokesman.

"We are unable to make formal identification at this stage, but this is devastating news for all those involved in the search for Gordon.

"His family are being supported by specially trained officers and his colleagues have been briefed."

Police have warned that their investigation on the estate may take some time.

The estate was surrounded by police tape on Thursday night.