A member of the public who rescued a suicidal woman who jumped into the River Thames from the Albert Embankment has been presented with an award by the Metropolitan Police commissioner. 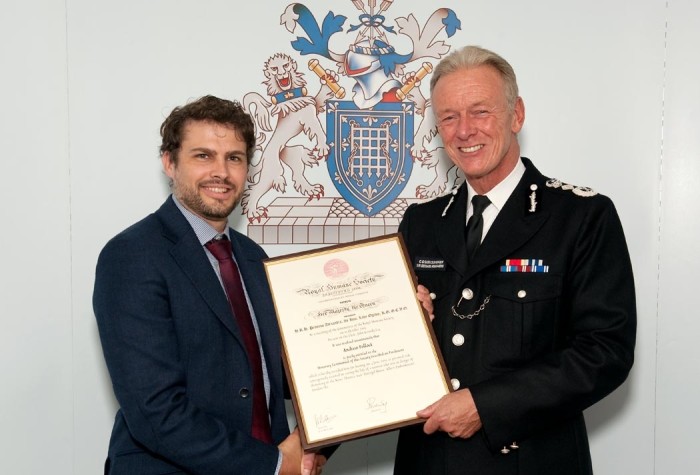 Andrew Pollock received the Royal Humane Society Testimonial on Parchment after he was nominated by Lambeth Police.

Mr Pollock was presented with the testimonial by the Metropolitan Police commissioner Sir Bernard Hogan-Howe at a ceremony that took place on Wednesday.

The Royal Humane Society is a charity that grants awards for acts of bravery in the saving of human life and, also, for the restoration of life by resuscitation.

Unlike Mr Pollock, most of those honoured at this week's ceremony were police officers.

Sir Bernard Hogan-Howe said: "These people are truly remarkable and it is with pride and thanks that I can commend them for their actions.

"The first duty of all police officers is to protect life and it is very clear that through these officers', and indeed a member of the public's, quick thinking and bravery, many people are alive today that would otherwise not be, and many families have been spared the pain of grief."