Emma Rice, artistic director of Shakespeare's Globe, will leave the Bankside playhouse in April 2018 as the theatre plans a return to more traditional staging for future productions. 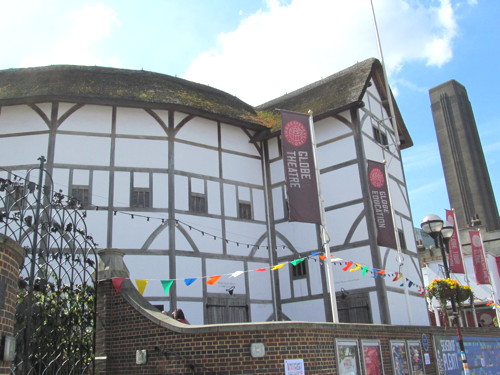 Rice is the third artistic director of Shakespeare's Globe – following Mark Rylance and Dominic Dromgoole – and only arrived at the Bankside theatre in April this year.

Now the Shakespeare Globe Trust Board has announced that she will leave the Globe in April 2018 after the winter 2017-2018 season.

"In breaking the mould, this latest season has generated productive debate concerning the purpose and theatrical practice of the Globe, in relation to the use of sound and lighting technology within our theatre spaces.

"Following much deliberation and discussion, the Globe Board has concluded that from April 2018, the theatre programming should be structured around 'shared light' productions without designed sound and light rigging, which characterised a large body of The Globe's work prior to Emma's appointment.

"The Globe was reconstructed as a radical experiment to explore the conditions within which Shakespeare and his contemporaries worked, and we believe this should continue to be the central tenet of our work.

"Whilst the realisation of Emma's vision has been a vital part of our continuing experimentation as a theatre, we have now concluded that a predominant use of contemporary sound and lighting technology will not enable us to optimise further experimentation in our unique theatre spaces and the playing conditions which they offer.

"As Emma has already so brilliantly and inventively demonstrated, the Globe remains committed to delighting audiences and engaging them in both Shakespeare's work and the playhouse for which he wrote.

"We all look forward to Emma's forthcoming visionary programmes, which are certain to thrill and surprise audiences, as they have to date."

Emma Rice said: "I have had a wonderful time creatively here at the Globe, but I respect the Board's decision for its future direction.

"I look forward to continuing to explore the possibilities of this extraordinary space over the next 18 months, excited to see even more astonishing work unfolding in the glorious wooden 'O' as well as the exquisite Sam Wanamaker Playhouse.

"My tenure as artistic director has given me the opportunity of forging relationships with the most talented array of directors, actors and Globe staff throughout my 2016 Wonder Season, who I will be sad to say farewell to.

"The wonder now continues with the Wonder Noir Winter Season, and ahead to my 2017 Summer Season, which promises to be filled with joy, delight and love."