10 fire engines were called to the Borough on Monday morning to tackle a serious fire in the premises of an Urdu-language newspaper and TV channel. 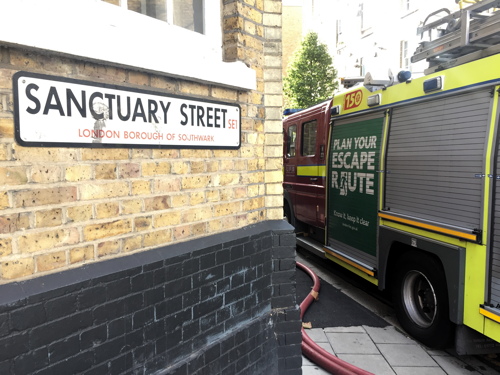 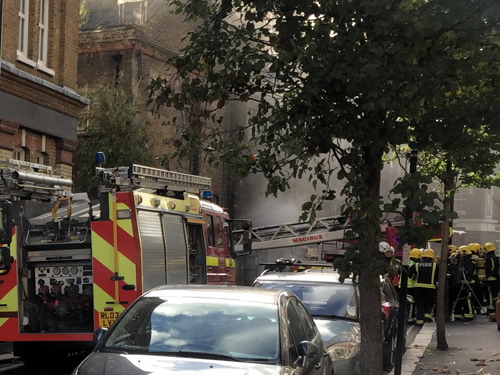 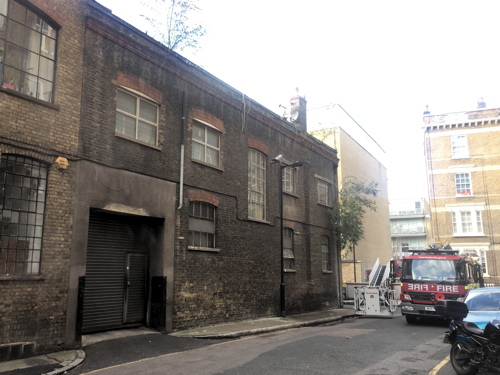 The fire brigade was called to Sanctuary Street at 10.30am on Monday.

A fire has broken out in the building which houses the offices and printing presses of the Jang newspaper group and the London bureau of Pakistan's Geo television channels.

"Basement fires can be quite hazardous due to the heat and cramped conditions," said station manager Nicola Lown.

"Firefighter crews spent about 20 minutes at a time inside the basement tackling the fire, and were then replaced by the next crew.

"Firefighters worked really hard to bring the fire under control quickly, and once the fire was out they ventilated the building and made it safe."

Sanctuary Street and the eastern section of Lant Street were closed to traffic and pedestrians whilst the emergency services dealt with the fire.

The cause of the fire is currently unknown, says the London Fire Brigade.