The new Lord Mayor Alderman Andrew Parmley sailed downriver as part of a flotilla during driving rain for the Lord Mayor's Show. 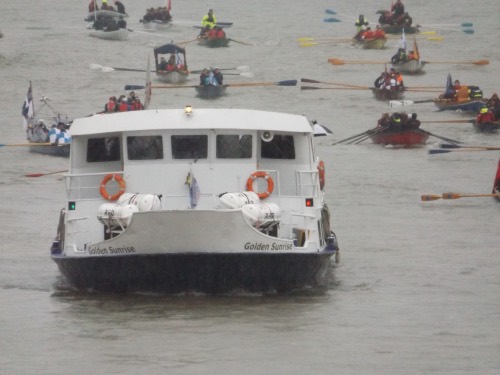 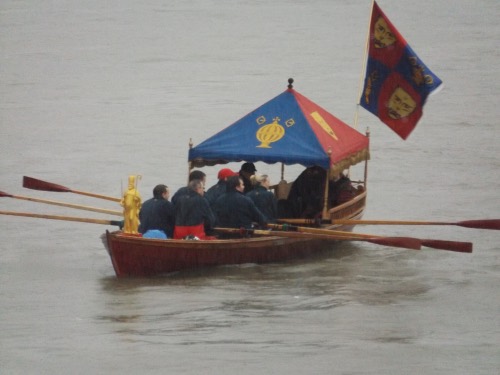 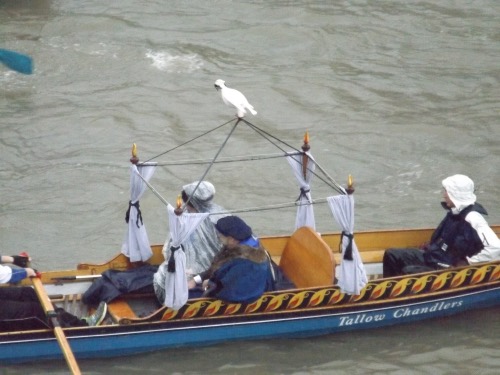 Tallow Chandlers with the dove from the company's coat of arms 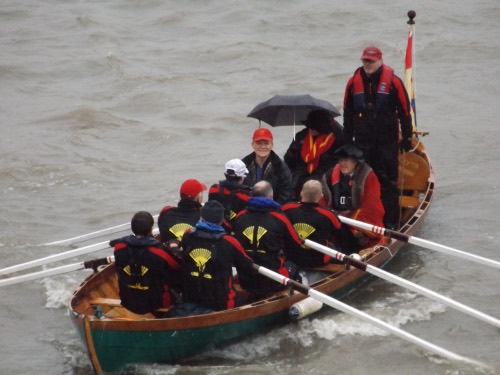 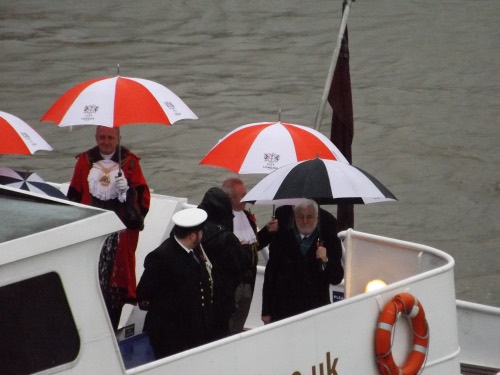 Until 1757 the Lord Mayor's Show involved a new Lord Mayor travelling by water to Westminster and back. Today the land procession through the city features displays which are still known as floats.

Since 2011 the Lord Mayor has begun the inauguration day by coming by water from Westminster and passing through Tower Bridge before before being driven into The City.

The party stood on the stern holding umbrellas and ready to wave at the few people braving the rain on the bridges.

There was an accompanying procession of 24 traditional Thames boats from London’s livery company, the Port of London Authority and the Fire Service.

The livery craft crews had to row against an incoming tide which slowed the speed. The journey to HMS President downstream of Tower Bridge was timed to take just an hour.

A fireworks display was due to be held on King's Reach, between Blackfriars and Waterloo Bridges, at 5.15pm