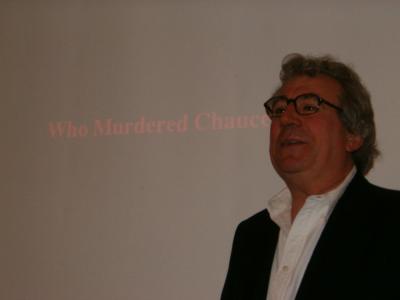 The occasion was marked by an illustrated talk by Terry Jones called Who Murdered Chaucer? which was received with rapturous applause by guests. 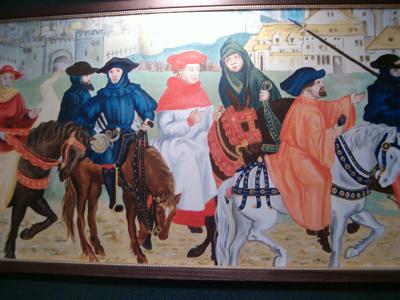 The staircase up to the first floor room has been lined with framed copies of various editions of Chaucer's Canterbury Tales which features Borough High Street. 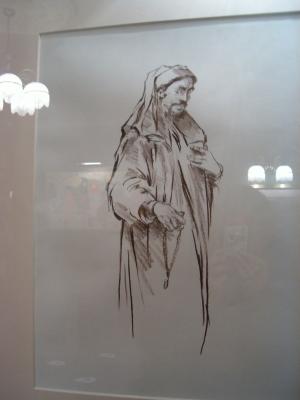 The Chaucer Room has illustrations from Neville Coghill's modern English translation and pottery figures of characters in The Canterbury Tales.

The Royal Oak is an award-winning pub and Harvey's only house in London.