Had a bike stolen? It might be at Kennington Police Station

This Sunday the Metropolitan Police will put on show around 100 bicycles recovered in and around Lambeth. 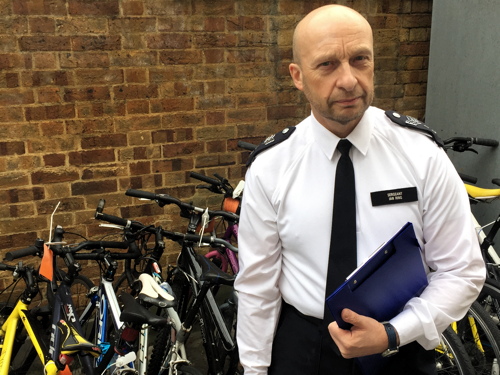 The Met is inviting anyone who has lost a bicycle to drop in to Kennington Police Station on Sunday to see the collection of bikes stored in the station's yard.

Although all the bikes were found in Lambeth, they could have been stolen anywhere.

Many of these bicycles have been stolen over the last 14 months and there are a variety of makes and styles, ranging in value from Ł70 to as much as Ł5,000.

Anyone claiming a bicycle will need to provide proof of ownership and identity, such as a frame number, a receipt, a photograph of the bike and/or personal knowledge of the bicycle.

The Met has published images of a few of the bikes on Flickr.

• Click on the player below to listen to our interview with Sgt Ian Ring.

• See the entry for Sunday's Cycle-Related Crime Open Day in our what's on guide.