A man from Southwark has been jailed for repeatedly raping a 10-year-old girl. 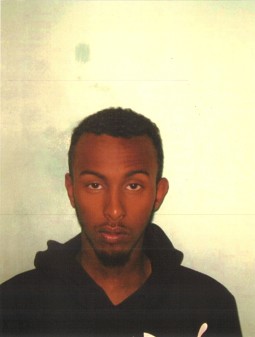 23-year-old Mohamed Igal, a Dutch national living in Harper Road, was sentenced at Woolwich Crown Court on Friday to seven years and nine months' imprisonment for rape of a female child under 13 years old.

Igal had been found guilty at the same court on Friday 4 November.

In July 2010, on an estate in Southwark, Igal approached the victim, then aged 10, who had recently moved to the area from overseas to live with her family.

Igal started to groom the victim before raping her on numerous occasions prior to May 2011, when she moved away.

In 2015, when the victim was 15 years old, she came forward and spoke of the abuse she had suffered at the hands of Igal.

This was after Igal had contacted her when he returned to the UK following a period abroad. Igal intimated he wanted her to perform sexual acts on him.

The victim only knew Igal as 'Wavey CJ' on social media. As a result of a protracted police investigation, he was formally identified in 2015 and subsequently arrested and charged.

"From the beginning of this investigation little information was known about this defendant except his social media nickname was Wavey CJ," said Detective Constable Denise Halliwell.

"The victim was very courageous for someone so young. She came forward and with her family and wider support network she had the strength to describe to police the defendant's sexual manipulation and exploitation.

"She has assisted the investigating officers throughout and by being fully involved in the prosecution, police have ensured her abuser has been brought to justice."

Detective Inspector Jim Aspinall said: "This vulnerable victim had a horrendous experience at the hands of this predatory individual and I praise her for the courage she had to come forward and work with dedicated police officers to bring him to justice. I hope Mohamed Igal will reflect on his actions and the harm that he has done."