A 29-year-old man from the Kipling Estate in Weston Street has been sentenced to ten years' imprisonment for two counts of manslaughter in Peckham in June 2002. 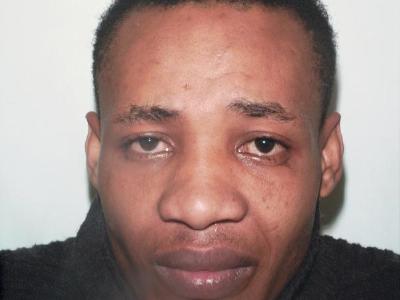 The bodies of Kevin Barrington, 33, and Leroy McKain, 22, were found by police on Saturday 22 June 2002 at a house in Raul Road, Peckham which was being used as an estate agents.

They had been bound hand and foot, gagged and hooded, and suffered other injuries before being executed by gun to the head.
An incident room was set up at the offices of Operation Trident in Putney. Detectives appealed for witnesses in tracing those responsible.

O'Brien had purported to be a victim/witness to the events but the enquiry team were able to disprove this. Palmer and Edwards were identified as suspects for the offences, along with O'Brien, through various witness accounts and the tracing of vehicles seen in the area.

In September 2002 officers charged Palmer and Edwards. On the following day O'Brien was charged.

Following the verdict on 19th February DI Nick Linfoot, of Operation Trident said: "A thorough investigation by the dedicated enquiry team provided forensic and ballistic evidence to support evidence from witnesses that these men were responsible for the murders of Barrington and McKain.

"The dangers that these men posed on the streets of London cannot be overstated. When Palmer and Edwards were arrested in Peckham, on September 6th 2002, Edwards was carrying a loaded firearm. A third suspect escaped, discarding a loaded firearm as he ran.

"Subsequent searches of addresses used by them resulted in a further firearm being recovered and a quantity of ammunition at Palmer's address. None of these were the murder weapons, although one had been discharged at a shooting incident where one of the witnesses to the case had been shot at.

"These are men that were routinely carrying or had access to firearms with the intention of using them."

DI Linfoot paid tribute to the members of the community who came forward to help police with the enquiry.

He said: "I wish to thank those who have shown immense bravery by giving evidence and showing their determination not to allow gun rule on their streets. They have led by example and I hope will inspire others to follow suit.

"It was a complex and arduous inquiry. The scenes of brutality that had taken place shocked many officers on the inquiry team. A combination of the invaluable help and co-operation of family, friends and the local community, the dedication of the enquiry team, forensic and support services have contributed to today's result.

"Our thoughts are with the relatives and friends of the victims who have had to relive the barbarous and brutal manner in which their loved ones met their deaths and come to terms with their loss.

"These men have not shown any remorse for their actions on that fateful day and London is a safer place as a result of this verdict."

At 17 days, it is believed to be the longest sitting of a jury considering murder charges in the UK. The trial heard 57 days of evidence and heard 80 witnesses. Of the 60 witnesses called by the prosecution, ten were expert witnesses. Forensic evidence played a significant part in the prosecution. Over 1,000 exhibits were collected, 360 of these from the murder scene.

The Judge paid tribute to the work and conduct of the Metropolitan Police officers who worked on the case.