Security staff from the South Bank Patrol have been commended for their response to the Westminster Bridge attack on 22 March. 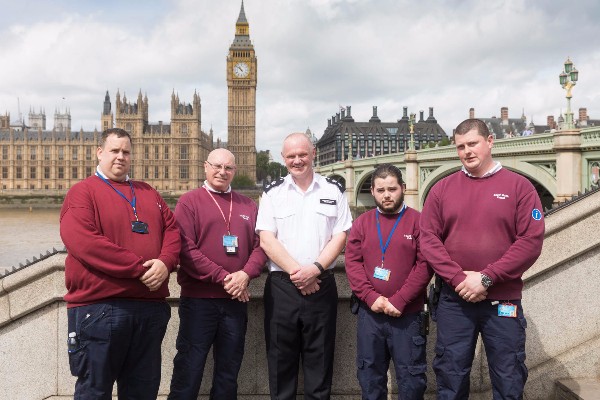 Two members of the South Bank Patrol team were among the first to arrive at the scene of the attack, helping the injured, cordoning off the area, sending curious and confused pedestrians off the bridge and liaising with security and emergency services.

Ch Supt Wood said: "South Bank Patrol were some of the first people to arrive at the scene, they acted quickly and calmly in a chaotic situation where members of the public and professionals can often struggle to think clearly.

"We are very grateful and commend the speed and selflessness with which they acted."

"The nature of this event demonstrates how well people and organisations pull together and collaborate. The London Marriott Hotel County Hall is a member of South Bank BID, and we highly value the work the South Bank Patrol have done for the last nine years."

• Last month St Thomas' Hospital staff were commended for their response to the attack. Speaking at a board meeting of Guy's and St Thomas' NHS Foundation Trust, chairman Sir Hugh Taylor said: "On 22 March the world saw the kind of people who work here.

"This was the NHS and this trust at its very very best. We are proud of our clinical staff who went out on to the bridge with no concern for their own safety."