Police probe as ‘unknown substance’ is delivered to Stoney Street

Three people have been injured after an 'unidentified substance' was delivered to the Feng Sushi restaurant in Stoney Street, close to Borough Market. 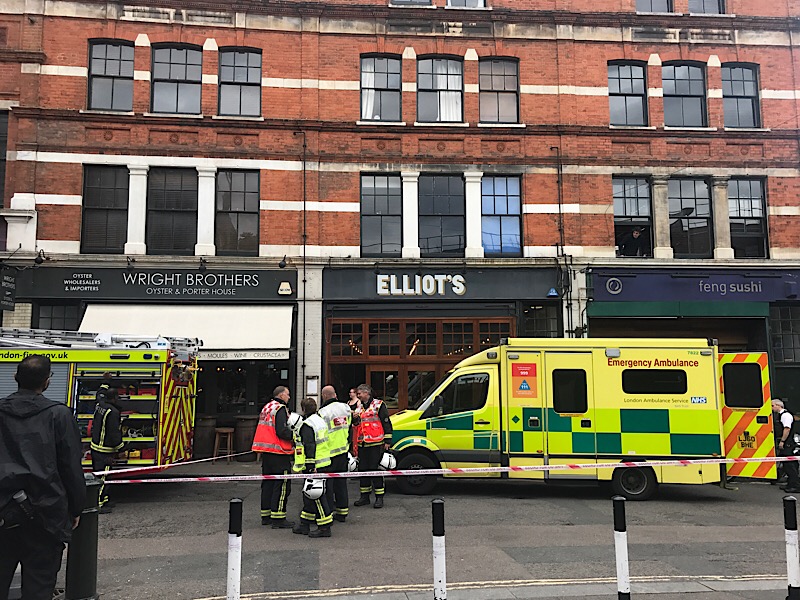 Police were called at 1.38pm on Thursday to reports of an unidentified substance being delivered in an envelope to Feng Sushi in Stoney Street, just across the road from Borough Market.

The restaurant was evacuated as a precaution.

The substance was later identified as "naturally occurring".

Three people were treated at the scene for minor injuries as the result of an irritant and did not require hospital treatment.

"At this early stage this is not being treated as a terror related incident," said a Met spokesman.