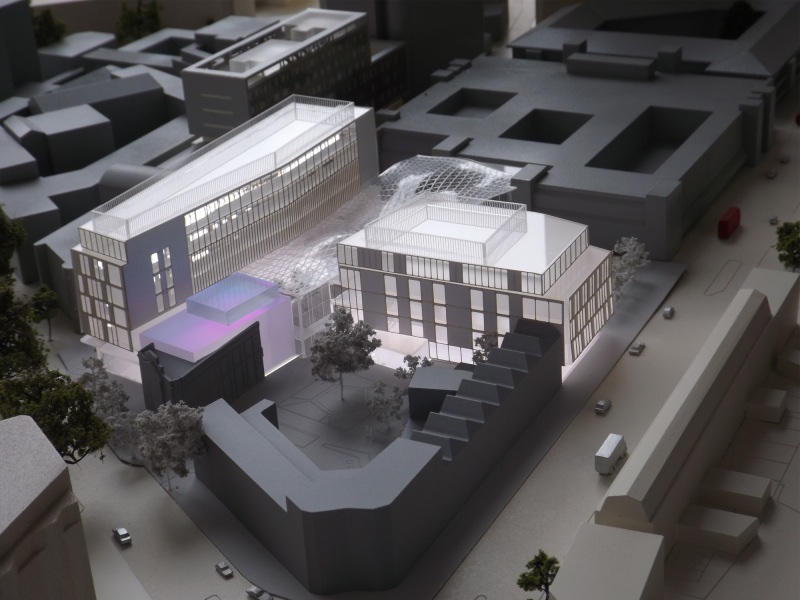 Model of proposals with chapel in Borough Road highlighted in purple 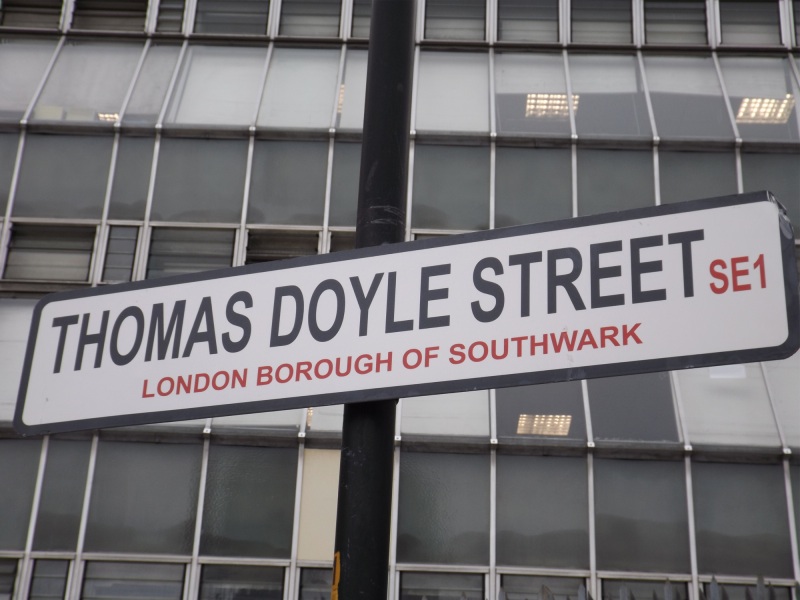 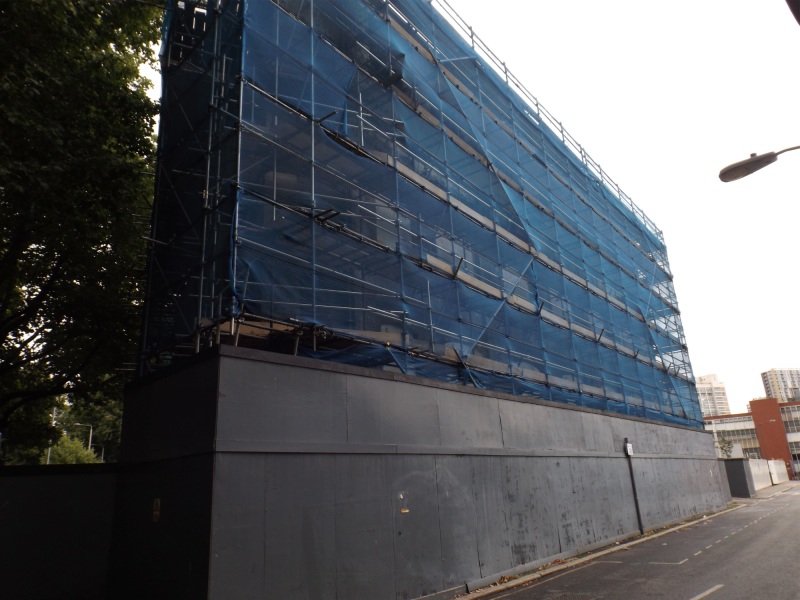 Side of the Presbyterian chapel today

The new St George's Quarter with public access would become the heart of the LSBU Southwark campus.

The 1901 students' union Rotary Building and 1994 Hugh Astor flats were flattened this summer. But the St George's Circus Conservation Area embracing part of the area protects the Georgian shops and former Duke of Clarence pub, now the Clarence Centre.

The grade II listed 1846 Presbyterian Chapel on Borough Road will have its frontage and western wall retained as part of a performing arts centre with a theatre for teaching and public performances.

Rotary Street at the side will become Rotary Yard with seating. Previous plans for the chapel have included a medical centre.

The former Blackwell's bookshop in London Road is to be demolished to make way for an exhibition space alongside University Square where a cafe could have outside tables behind new trees shielding customers from the traffic.

This piazza is intended to extend over today's Thomas Doyle Street which would disappear. However, the name is being retained in a new Thomas Doyle Square adjacent to Keyworth Street.

Thomas Doyle was priest in charge of St George's Chapel, later the Royal Belgian Chapel, in London Road from 1820 before persuading Augustus Pugin to design nearby successor St George's Cathedral.

The St George's Quarter proposals include measures to create a more pedestrian friendly environment along the length of Keyworth Street with planting, special paving, seating and cycle parking.

An exhibition of proposals is open daily except Sundays 10am-6pm until 23 September in the Clarence Centre, St George's Circus.

The design team, led by architects WilkinsonEyre, will be at the exhibition to answer questions on Saturday 9 September 10am-1pm and Thursday 14 September 5-7pm.