Controversial plans for an ABBA-themed entertainment venue on Stamford Street have been approved by Lambeth's planning applications committee. 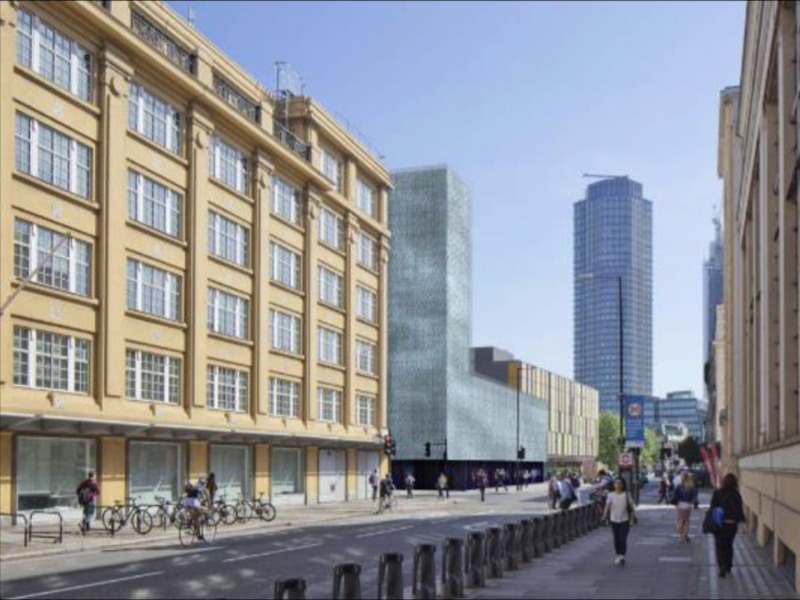 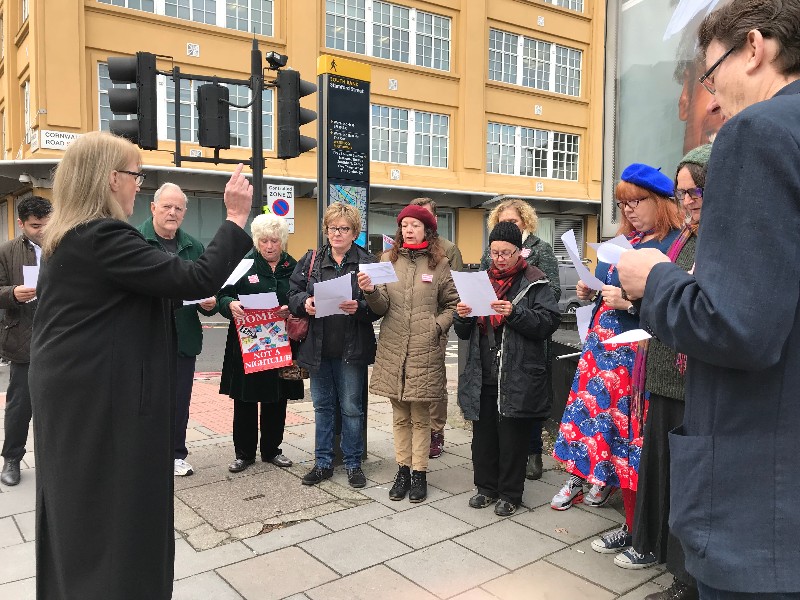 ABBA's Bjorn Ulvaeus wants to use land owned by Coin Street Community Builders – at the corner of Stamford Street and Cornwall Road – to build a temporary venue for an immersive show called Mamma Mia – The Party.

The show already operates in Stockholm, Sweden, and is described as an "immersive experience" with around 500 guests seated at tables in a Greek taverna within the auditorium.

Guests would be served a meal whilst the show goes on around them. Following the meal, the central tables would be cleared away and guests are then invited to sing and dance.

The proposed London building has been designed by architects Haworth Tompkins, who also designed the adjacent neighbourhood centre as well as several theatres including the Young Vic.

The council received 199 objections to the planning application, including several letters from members of the London Assembly.

Objections to the scheme centre on fears about noise and nuisance, as well as the fact that the site is part of the land on the South Bank sold to Coin Street Community Builders in the mid 1980s for low-cost housing and community facilities.

Coin Street – which had a long-term plan for an extension to the neighbourhood centre – argues that it needs the money from the temporary ABBA venue to service the loans that have funded its developments to date, as well as funding the upkeep of Bernie Spain Gardens, youth activities and community projects.

As landowner, Coin Street is in line to receive Ł500,000 a year plus a percentage of the show's turnover.

Lambeth Council senior planner Luke Farmer told the planning applications committee that the proposed ABBA venue would be equivalent to a three-storey building, with a chimney for ventilation roughly seven storeys high.

Mr Farmer praised the scheme's "contemporary aesthetic" which he said "reinforces the fact it is a 'meanwhile' building".

The building will be clad with metal discs that would "shimmer in the wind" which the planning officer said would "relate to the Mediterranean theme" of Mamma Mia.

Mr Farmer described the design as "a positive response to the local context".

She said that residents were not opposed to new cultural venues but Waterloo has a pressing need for new affordable housing – and that Coin Street has so far built only 220 of the 390 homes it originally committed to build.

Michael Ball of the Waterloo Community Development Group argued that the proposal – "akin to a shimmering, glitterball concentration camp building" – failed to meet Lambeth's own policies on design.

Ian Rhind, planning consultant for the applicants, insisted that the proposal is "a theatre and not a nightclub".

"We take our responsibility to be a good neighbour very seriously," the show's co-producer Ingrid Sutej told councillors.

She claimed that the scheme will create 64 jobs paying at least the London Living Wage.

Ms Sutej added that she and Bjorn Ulvaeus had been "genuinely saddened" by the opposition to the show from some local residents.

Bishop's ward Labour councillor Jennifer Mosley told the committee that she had heard from "hundreds" of local residents voicing their concern and opposition to this scheme.

She highlighted the potential impact on local residents of 500 people leaving the venue late at night on a daily basis.

Cllr Kevin Craig told the committee that "this application has got nothing to do with the betterment of the lives of local people" and is instead driven by the need of Coin Street to raise money.

He reminded the meeting that if approved the show would bring "nigh on a quarter of a million people a year" to this residential part of the South Bank.

Architect Roger Watts said that the chimney is intended to provide natural ventilation to the venue, minimising the show's environmental impact. The same technique was used for the temporary auditorium outside the National Theatre in 2013.

Committee member Cllr Diana Morris said she had "grave reservations" about the suitability of an entertainment venue in this location.

Cllr Malcolm Clark said he was unconvinced by the design of the building given its intended five-year lifespan, with particular concern about the seven-storey chimney element.

Cllr Nigel Haselden said he was content with the design of the building but regarded the late-night dispersal of audiences as "a significant concern".

Cllr Joanne Simpson said she considered the impact on local residents was likely to be unacceptable.

Lambeth's planning applications committee approved the proposal by 4 votes to 2, on the basis that the venue's visitor management plan must be approved by the committee before construction begins.

What do you think of Mamma Mia - The Party?