A fleet of dustcarts working for Westminster City Council is already based at a depot in Mandela Way even though Southwark Council has indicated that planning permission may not be forthcoming. 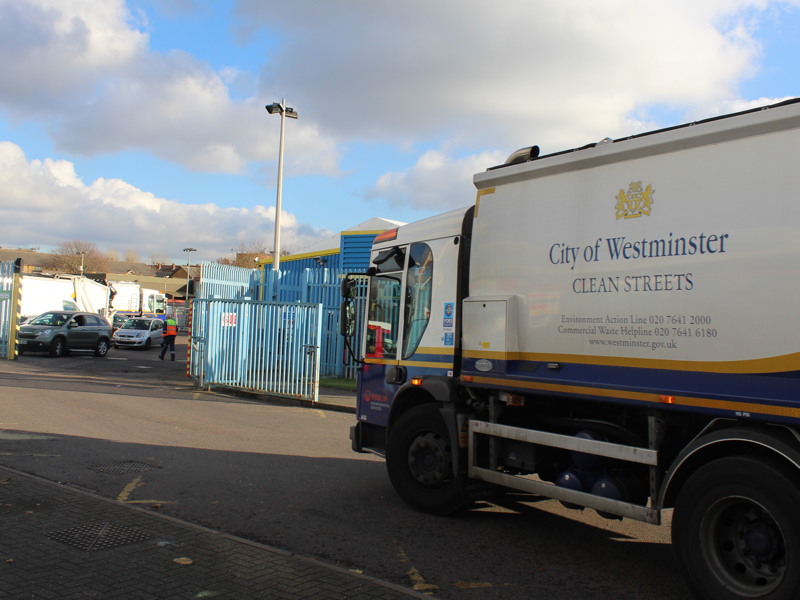 Last month we reported that the City of Westminster had – for the second time in a decade – applied to Southwark Council for permission to use land at 5 Mandela Way as a depot for 70 refuse vehicles.

Although Southwark has not yet made a decision on the latest planning application, Westminster has already moved its fleet of dustcarts to the former bus garage in Mandela Way.

Westminster says that it is relying on the vote by Southwark councillors in November 2009 that planning permission should be granted, even though the planning application was withdrawn before the formal decision was issued.

Cllr David Harvey – the City of Westminster's cabinet member for environment, sport and community – told the SE1 website: "Our waste contractors, Veolia, have started operating out of the depot at Mandela Way in line with the previously agreed planning permission granted in 2009.

"The council recently resubmitted a planning application to Southwark Council for use of the site and we fully expect this application to be granted."

However, Southwark has recently published its pre-application advice to Westminster, signed off by director of planning Simon Bevan in August this year.

Mr Bevan wrote: "The proposal is at present considered to be inappropriate in land use terms because it would restrict the future development of the site and adjoining sites.

"A a mixed use development including the depot or a more temporary use could be acceptable going foward.

"The proposal may have an unacceptable impact upon neighbours' amenity, from increased odour and noise, and further details would be required to demonstrate that this would not be the case."

An objection to the planning application has also been raised by John Trayner, managing director of bus company Go-Ahead London, which used the site as a depot for 90 buses until July this year.

"We estimate the total cost of this move to be in the region of Ł2 million and this does not take into account the ongoing works that remain at the new/replacement Morden Wharf Garage, which is based near the Blackwall Tunnel in Greenwich," wrote Mr Trayner.

"It additionally does not reflect the human impact on those colleagues whose workplace has altered as a result, a great many of whom were based at Mandela Way from the start."

He also complained that his company spent Ł50,000 installing charging points for the electric buses used on route 507 and 521 just over a year ago, and would not have done so if it had know that it would be required to vacate the site by its landlord, Westminster City Council.

He said: "The loss of Mandela Way Garage negatively affected my organisation and we would move back onto the site immediately were it available."

• For more information on the latest planning application see 17/AP/3883 on the Southwark planning database.