Those who died last year in the London Bridge terror attack have been remembered on the bridge. 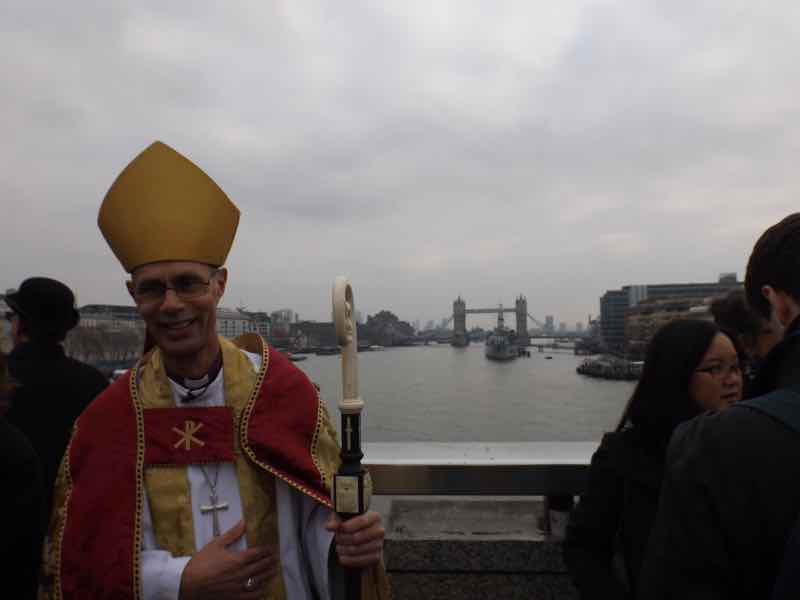 The Bishop of Kingston on London Bridge 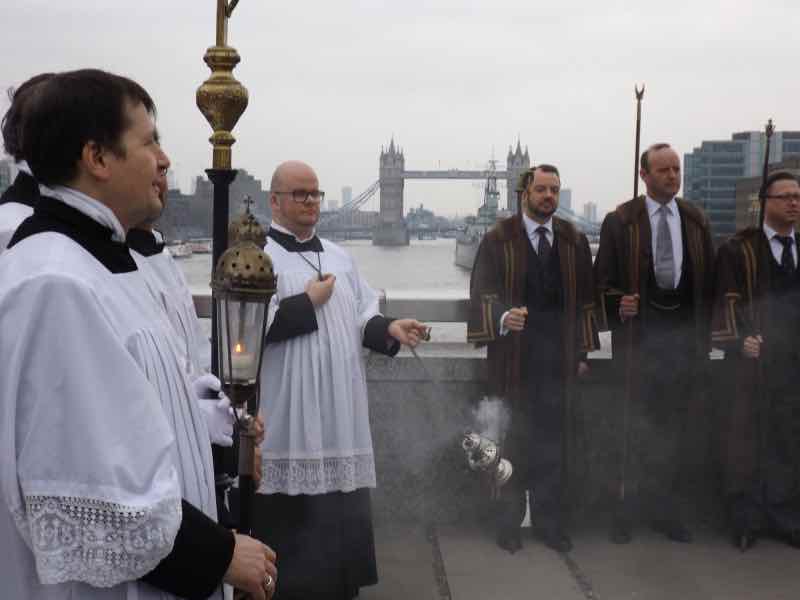 St Magnus the Martyr Church arriving on the bridge 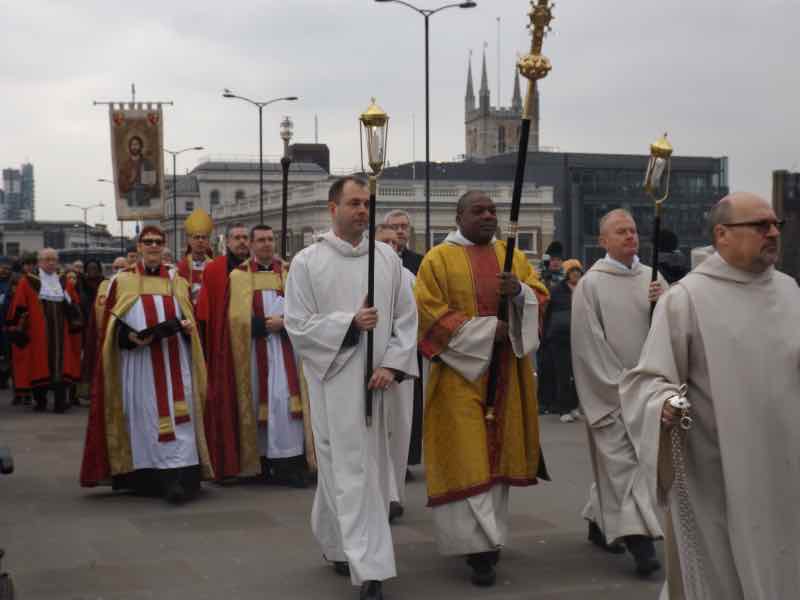 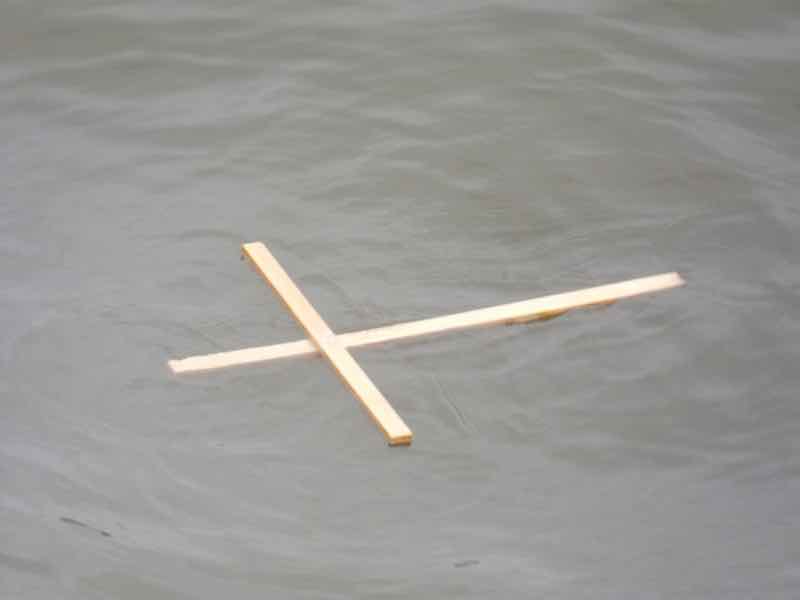 The cross in the Thames 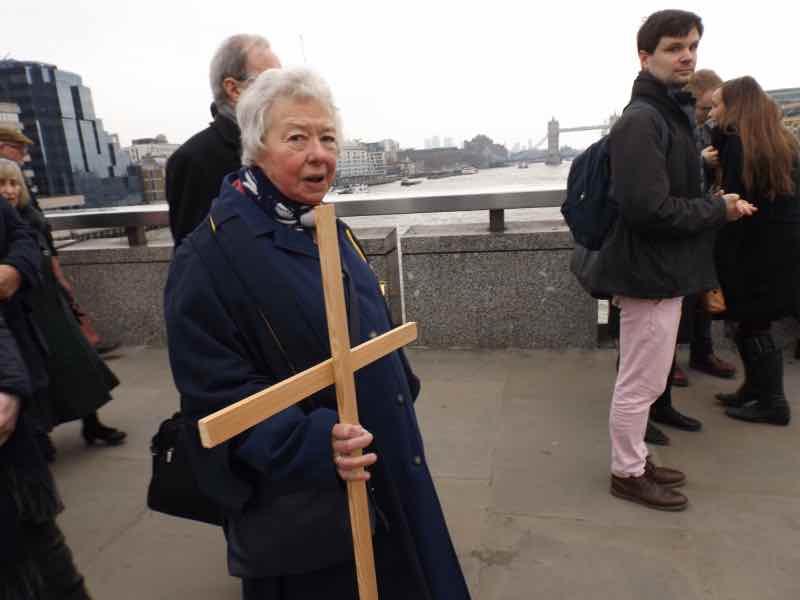 The wooden cross being carried from St Magnus 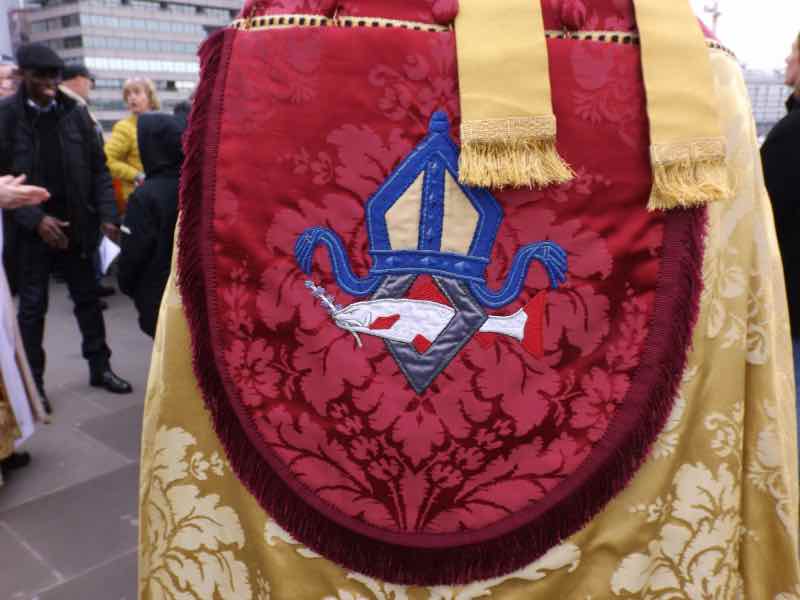 This year the annual Blessing of the River ceremony on London Bridge began with the Dean of Southwark The Very Revd Andrew Nunn reading the eight names of those killed in last year's London Bridge terror attack.

During the service on Sunday, which attracted one of the largest crowds of recent years, the Dean added: "Today, as we gather on this bridge, we give thanks for all who first responded to the call, for the bravery in the face of great danger, and for the speed of their response that brought the attack to so swift an end; and for the vigilance and dedication of the Police and Security Services.

"We pray for them in their vital work of keeping our communities and nations safe from terror and random violence."

The clergy and congregations of St Magnus the Martyr in the City and Southwark Cathedral, the churches at each end of the bridge, had processed from north and south to meet on the parish boundary in the middle of the bridge.

The Mayor of Southwark Cllr Charlie Smith was robed and standing on the Southwark side of the parish boundary.

The Bishop of Kingston The Rt Revd Richard Cheetham came downstream to take part in the ceremony which reflects the Orthodox custom of hurling a cross into water as a reminder of Christ's baptism.

In his sermon earlier during the choral Eucharist in the cathedral, Bishop Cheetham referred to those who went to the assistance of others without thought for themselves.

The Bishop, standing on the downstream side of the bridge, threw a wooden cross into the water. With the tide having just turned, bystanders were able to see the cross float slowly downstream past St Magnus towards Tower Bridge.