A new scheme to offer people places to fill up bottles of drinking water for free has been launched in the South Bank, Bankside and London Bridge areas. 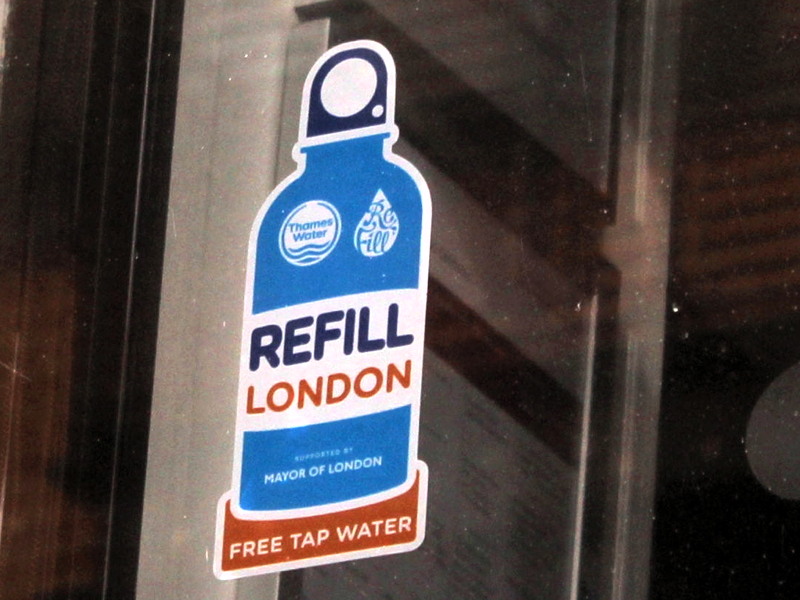 A Refill London sticker in the window of 15Hatfields

Mayor of London Sadiq Khan is supporting a pilot of the Refill London scheme which is run by Thames Water and City to Sea, a campaign group that aims to help stop ocean pollution.

If the pilot proves a success the Mayor plans to help extend the scheme across the capital over the summer.

"A free tap water scheme is long overdue in London and I welcome all of the retailers and business who have shown their strong commitment to reducing unnecessary plastic waste by joining the Refill London scheme," said Mr Khan.

"We all need to try harder to cut the excessive use of single-use plastic bottles, cups and cutlery that can end up pointlessly overflowing our landfill sites, finding their way into our oceans and harming our environment.

"I hope that even more businesses sign up to the scheme to help Londoners make small but significant steps, like refilling our bottles, to drive down plastic waste.

"City Hall is part of the scheme and I encourage everyone to download the free Refill app to see which outlets are involved."

Participating shops and businesses will have 'Refill London' stickers in their windows letting people know they are offering free tap water and that there is no need to feel uncomfortable or embarrassed asking for it.

Here in SE1, Tate Modern, the BFI IMAX and the 15Hatfields conference venue are among the participants in Refill London which is also backed by the Better Bankside business improvement district and Broadgate Estates, the management company for Hay's Galleria and More London.

Last summer Borough Market installed drinking water fountains as part of a drive to reduce the use of plastic.

Southwark Council recently issued all 63 councillors with reusable plastic bottles for use at council meetings to cut down on the number of disposable cups required.