Council in talks with More London to bring back water feature

The much-loved Rill water feature at More London could make a comeback if Southwark Council succeeds in persuading the estate's Kuwaiti owners to reinstate it, it was revealed this week. 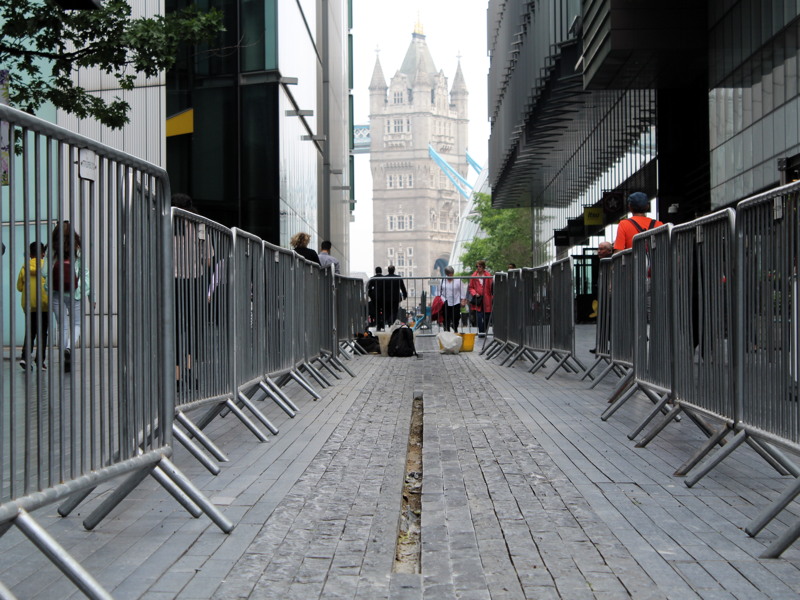 Cllr William Houngbo, one of the newly elected London Bridge & West Bermondsey Lib Dem councillors, tabled a question for this week's council assembly meeting asking whether Southwark had been notified about the works to fill in the artificial stream before they started.

"More London submitted a planning application to fill in The Rill on 22 May, but it was not valid as no fee was paid," replied Cllr Johnson Situ, Southwark Labour cabinet member for growth, development and planning.

"The council has therefore not given permission for this work to take place.

"However, St Martins Property Group, who own and manage More London, have filled in The Rill water feature – which was installed at the time of the development of More London – citing immediate health and safety concerns.

"Now that an application has been received, the council is considering this as is our duty.

"However, officers are also seeking to negotiate with the owners to ensure that a water feature is re-provided in a format that resolves health and safety issues and means that people can continue to enjoy The Rill."

Cllr Situ's statement is the first time that More London's rationale for getting rid of The Rill – "health and safety concerns" – has been put on the public record.

Commenting on Cllr Situ's response, Cllr William Houngbo said: "It's regrettable that the water features were filled in without any consultation, especially as the council planning application was still being processed.

"We think there could have been alternative design that resolved any health and safety concerns but kept the spirit of the feature alive. We hope that they'll think again and keep a distinctive, attractive and well-liked feature, instead of just bricking it up."

More than 600 people have signed a petition calling for The Rill to be reinstated.

Broadgate Estates – which made the planning application on behalf of St Martins – has not responded to any media requests for comments, including an enquiry from this website.