Plans to build a seven-storey office block beside and above a Victorian Tanner Street warehouse - used in early series of the BBC's Dragons' Den - have been approved by Southwark councillors. 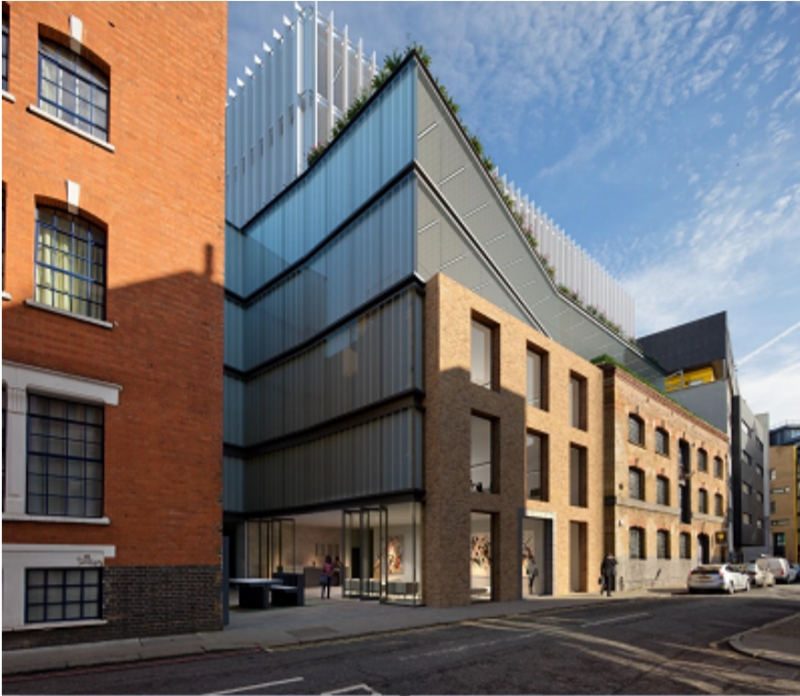 Since this image was produced, the facade has been revised to continue the brickwork round into the courtyard on the left hand side

Legal & General has won backing from Southwark's planning committee for its plan to wrap a seven-storey office block around the three-storey Victorian warehouse.

The warehouse, which is not listed, is within the Bermondsey Street conservation area.

Currently used as an arts venue by Ugly Duck, 47/49 Tanner Street was a polythene bag factory in the 20th century and is said to have originally been a tannery.

The new office block is designed by SPPARC Architecture.

Planning officer Amy Lester told the committee that the council had received 34 objections and two letters of support for the planning application.

Ms Lester described the proposal as a "high quality and well detailed building" and said that the upper storeys would be "relatively inconspicuous".

The council's own conservation areas advisory group objected to the application "on the basis that it is an overdevelopment of the site, the retention of the facade to the warehouse combined with an overly large and contemporary extension is not a sensitive form of development in this historic setting".

Russell Gray of the Bermondsey Village Action Group (BVAG) described the developer's approach to conservation as "crude to put it mildly" but welcomed clarification that the interior of the warehouse was to be incorporated into the scheme.

The committee was also addressed by three Tanner Street residents who warned that the scheme would have a "significant harmful effect" on daylight and privacy. One objectors described the proposal as "too high, overbearing and oppressive".

Planning consultant Rory Joyce, representing the developer, told councillors that the site is currently underused; whereas 5 people are currently employed, the completed development will host around 500 jobs.

• Later this week plans for a hotel on a nearby site in Tanner Street will be revealed at a public exhibition.