Aria the Harris hawk has joined the staff at Waterloo Station to keep the concourse clear of pigeons. 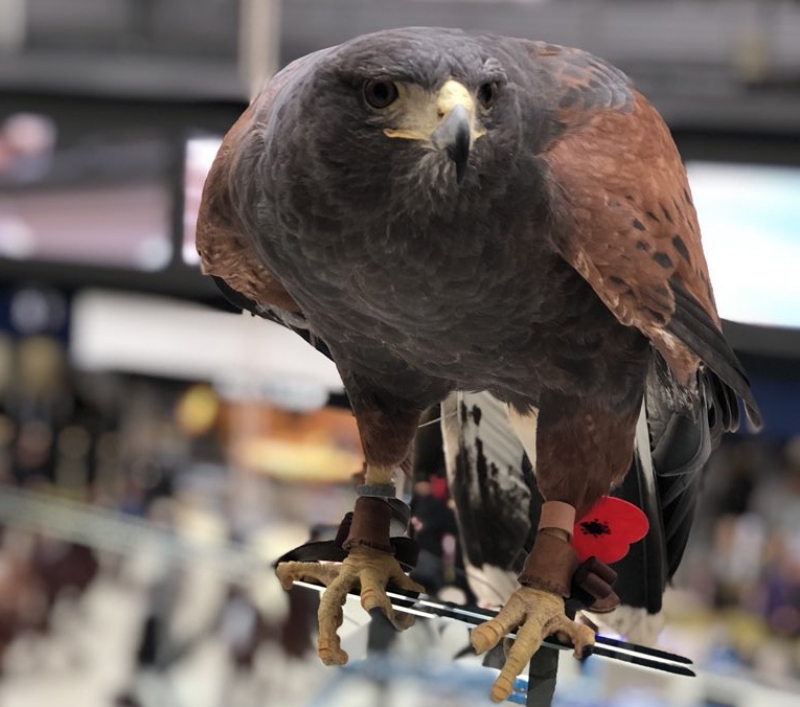 The five-year-old bird of prey will be on duty with her handler Max Bell twice a week for her two-hour shifts.

"They also cause a lot of mess which needs cleaning up at some expense.

"So Aria's work is really important in making the station a better place for our passengers, while saving us money on our cleaning bills.

"She's a very hard worker and we're delighted to have her as part of the station team here at Waterloo."

Max Bell, Aria's handler, said: "Aria really enjoys the environment at Waterloo and is delighted to be here. She does a great job and often likes to reward herself with a relaxing bath in the puddles that gather on the rain shelters over the platforms."

Though her species hail from the Americas, Aria was raised in St Albans, and has worked across the River Thames at King's Cross station and the Treasury during her high-flying career.