Jail for man who threatened to stab skaters on South Bank

A man and a boy who robbed two men of a drone and camera equipment on the South Bank after threatening to stab them have been sentenced. 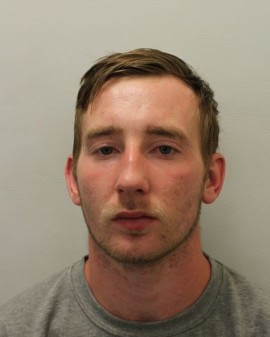 A 17-year-old boy appeared at Wimbledon Magistrates' Court where he was sentenced to a 12-week electronically monitored curfew, 150 hours of unpaid work and ordered to pay Ł100 compensation.

The court heard how on Thursday 11 October at around 11.15pm, the two male victims, aged in their twenties, were using camera equipment to film themselves in the skating area at the Queen Elizabeth Hall undercroft on the South Bank.

The defendants approached the victims a number of times before taking their bags.

When the victims protested, Germani threatened to stab them saying "I'll shank you up" before intimating that he had a knife.

The defendants left the scene with bank cards, a drone and Sony camera equipment valued at an estimated Ł6,000.

Fast time enquiries led to the suspects being located in the area. They were tracked, detained and searched by officers who found them in possession of some of the stolen property.

They were arrested on suspicion of robbery and taken to Brixton Police station.

Both males pleaded guilty at court. Germani was sentenced on 9 November and the teenager sentenced on 7 November.

Detective Constable Ray Sekalongo said: "Both suspects used threats of violence to intimidate and rob the victims of their property. Their actions had an awful impact on the victims.

"The effects of becoming a victim of crime run far deeper than a loss of property and I hope that the custodial sentence given to Germani brings a measure of comfort.

"Germani and his 17-year-old accomplice are exactly the type of people that we are committed to removing from London's streets to allow the public to enjoy the capital in safety."