Four fire engines and around 25 firefighters were called to Elephant & Castle Shopping Centre early on Tuesday morning to tackle a blaze in a store cupboard used by market traders. 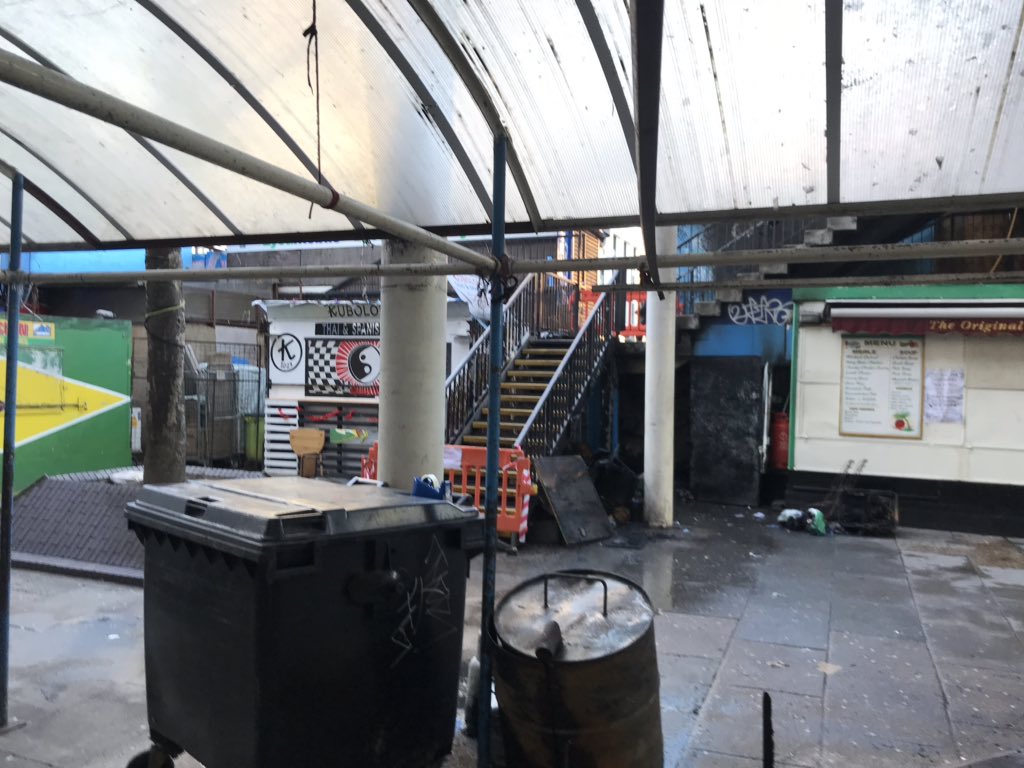 Firefighters say that the fire is likely to have been caused by a discarded cigarette which ignited detritus that had amassed outside the shopping centre.

A London Fire Brigade spokesperson said: "If you're a smoker it's absolutely vital you ensure your cigarette is completely out when you've finished smoking it.

"If you don't, you risk causing a fire that will cause a lot of damage, but also and may cost lives."

A wooden store cupboard was destroyed by the fire. An adjacent timber-framed food stall was also damaged.

The brigade was called at 5.13am and the fire was under control at 6.20am. Fire crews from Old Kent Road and Lambeth fire stations attended the incident.