The Africa Centre, Southwark Playhouse, St John's Waterloo and the Bricklayers Arms Oasis are among the beneficiaries of funding from the Mayor of London's Good Growth Fund announced this week. 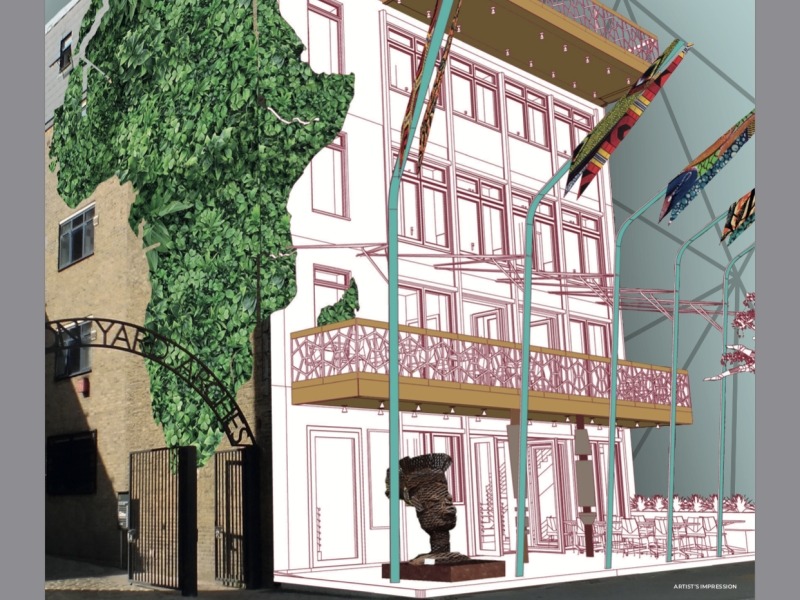 The four local projects receive a share of £30 million awarded by City Hall to schemes around the capital.

"These projects aim to give Londoners of all backgrounds the opportunity to be actively involved in shaping how their city grows and delivering more places to live, learn, work and play," said Mayor of London Sadiq Khan.

"I'm so impressed by the range of bids we received – this is testament to the creativity and ingenuity in London's diverse communities."

• The Africa Centre is to receive £1.6 million for the fit-out of its building in Great Suffolk Street.

• St John's Waterloo gets £760,000 for its Reignite 2021 project to renew the building in time for the 70th anniversary of the Festival of Britain.

• Southwark Playhouse has been awarded £750,000 towards the completion of its new theatre in Newington Butts.

• Plans to turn a concrete podium overlooking the Bricklayers Arms junction into a public garden get £199,270.

"This welcome development from the Good Growth Fund is fabulous news for our campaign," said Canon Giles Goddard, vicar of St John's Waterloo.

"It brings us closer to our goal of making this much-loved building a landmark place for Londoners, providing creative and heritage projects, skills and education training, with a renovated crypt, disabled access, and new facilities throughout."

The Africa Centre's director, Kenneth Olumuyiwa Tharp CBE, said: "We're absolutely thrilled at the news. This comes at a very pivotal time in the Africa Centre's development. Our new home in Southwark is located in the third largest inner-London borough, which is also home to the largest black population in London.

"It is vital for the BME community to have access to places that create a sense of belonging and the revitalised Africa Centre will represent just that for many.

"Our aim is to make the new Africa Centre the most welcoming cultural space in London, both as a cultural beacon and as a natural home for the growing BME community in the Borough, and across London. This support from the Mayor's Good Growth Fund will help us to achieve this.

"Our dream for the future of the Africa Centre is now one big step closer to reality."

Chris Smyrnios, artistic director and chief executive of Southwark Playhouse, said: "We're very grateful that the Mayor of London has made such an invaluable investment in us.

"We're a small team with no fundraising support, so for our application – which centres around our work in the community – to be given full funding is an incredible achievement for the whole team and one which will help us to start building works on site from early next year."