Plans to allow two-way cycling along the whole length of Meymott Street have been published by Southwark Council. 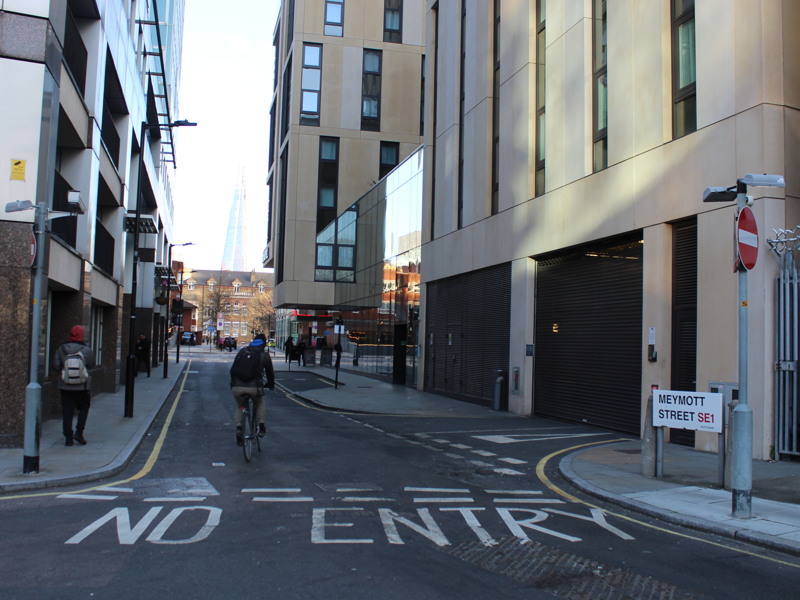 Eastbound cyclists can use the street as far as the Colombo Street junction, but there is no contraflow for the final section alongside Friars Bridge Court.

The changes to Meymott Street would extend Quietway 14 – which currently ends at Nicholson Street – as far as the borough boundary with Lambeth.

A public consultation is open until 1 February.

It remains to be seen how and whether Quietway 14 will be extended beyond Hatfields into Lambeth.

Lambeth Council held a consultation about two-way cycling on part of Roupell Street in 2017 but dropped the proposal due to opposition from local residents.

In its December 2017 consultation report, Lambeth Council said: "Given the level of concern raised by local residents about proposals on Roupell Street and Sandell Street a decision has been made to withdraw both locations from the two-way cycling programme being delivered this financial year.

"This will allow for more on site assessments and engagement with local residents about the proposals."