The former Borough Community Centre in Southwark Bridge Road is to be transformed into a £3.4 million cultural and creative industries training centre. 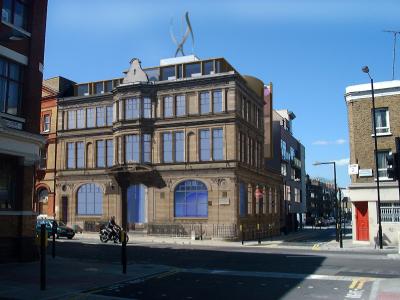 Computer-generated image of the refurbished building

The new centre is part of the Elephant and Castle regeneration programme and the plans were last week granted planning permission by Southwark Council.

Regeneration bosses say that the mixed-use centre will give local people opportunities for accredited training and access into professions in the creative industries. South Bank-based ITV London is amongst a group of media and arts organisations that has expressed a keen interest in supporting the project and sitting on the management board of the centre.

It is anticipated that the involvement of organisations like ITV London will add value to the training by providing input from industry professionals into course design, providing workshops on career paths and master classes, as well as possible opportunities for work experience placements.

The centre will be located in the derelict Borough Community Centre on Southwark Bridge Road, a Victorian building which originally housed a public library. The building has been empty for more than four years since Southwark Council closed the community centre for safety reasons.

The building – on the corner of Southwark Bridge and Union Street, opposite Flat Iron Square – housed a range of local voluntary groups and community activities and a popular cafe operated in the basement. At the time of the closure a campaign was mounted to reopen the centre but it was ultimately unsuccessful.

Union Street might not be part of most people's definition of the Elephant and Castle area, but it is part of the extended regeneration area designated by Southwark Council.

In addition to the training facilities, there will also be a dedicated space for community groups and a cafe and commercial space to generate income for the centre.

"The approval of the project is a significant step towards the social and physical regeneration of the area and will help pave the way for major cultural growth within the Elephant and Castle" said Elephant Links SRB chair Bob Brett.