Green light for 26-storey tower on Hatfields and Paris Garden

Proposals for a 26-storey office block just off Stamford Street and Blackfriars Road have been approved by Southwark councillors. The development would provide space for around 3,000 staff. 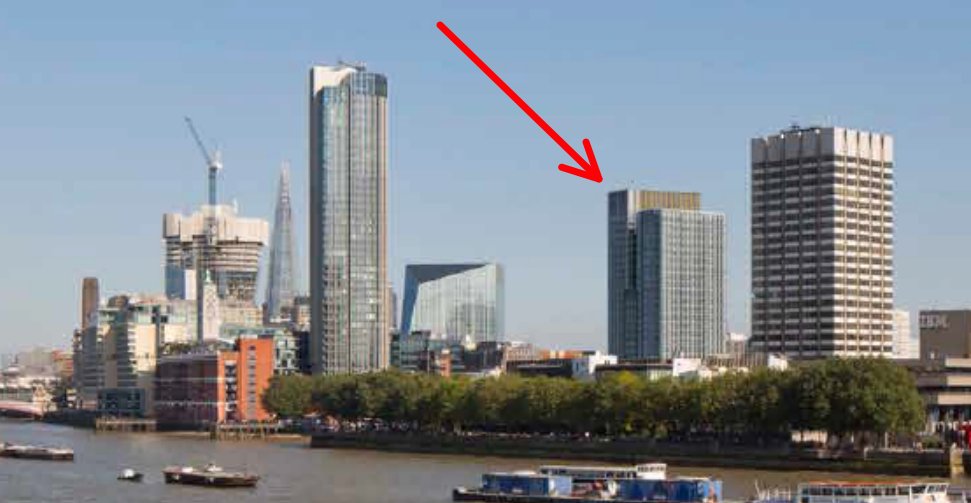 Developer Overcourt wants to redevelop a string of buildings bounded by Hatfields in the west and Paris Garden in the east.

The first phase of the development – designed by KPF – includes a 26-storey office tower towards the southern end of Paris Garden, adjacent to the Central School of Ballet and student hall of residence.

A second phase of works would involve rooftop extensions to the two listed buildings at the north of the site, modernising the office space inside, creating a publicly accessible fifth floor roof garden and introducing shops and cafes on the ground floor.

Bastille Court on Paris Garden – formerly Clays Print Works – is grade II listed for its innovative use of concrete.

Introducing the scheme at the 18 December meeting of the Southwark Council planning committee, planning officer Michael Glasgow reminded councillors that the location is part of the London Bridge, Borough and Bankside opportunity area, where London and borough planning policy encourages new office development.

He explained that the scheme had been revised following concerns raised by Historic England about the extent of demolition proposed to the interiors of the listed buildings.

Mr Glasgow said that the tower's impact on daylight and sunlight to the adjacent parks at Hatfields Green and Christ Church Garden would be "negligible".

Recommending that councillors approve the scheme, Mr Glasgow said that "its impacts are considered modest given the scale of development".

Peabody Estate resident Adrian Hyyrylainen-Trett addressed councillors to object to the scheme on behalf of his 800 neighbours, suggesting that the proposed office block would be of a similar height to Centrepoint at Tottenham Court Road.

"This building is absolutely inappropriate adjacent to the small-scale housing," he said, pointing out that the scheme didn't seem to align with Southwark planning policy which calls for tall buildings to be sited at "points of landmark significance" rather than in back-street locations.

"If Centrepoint was built outside your living room window, what would you think?" he asked.

Chris Owens of the Lambeth Estate Residents' Association also answered questions from the committee about the townscape and practical impacts of the tower on the Roupell Street area.

Mr Owens pointed out than an extra 3,000 workers would add to the already "manic" rush hour pedestrian flows on Roupell Street. "We're very worried that not enough thought has been put into this aspect of the thing," he said.

Nick Brindley of agents Gerald Eve said that his clients Overcourt Ltd have been long-term investors in the borough. He told councillors that the scheme would create "flexible office space for some of the many ambitious, growing companies that make this area such a vital artery running through the heart of the Southwark and London economy."

Architect John Bushell of KPF pointed out that his proposed tower is in fact 20 metres shorter than Centrepoint if heights are measured from ground level.

He also highlighted the proposed roof terrace: "We believe that this will be an absolutely amazing new amenity for this area," he said.

Borough & Bankside ward councillor David Noakes addressed the committee to raise a number of concerns, including a lack of consultation with residents living across the Lambeth boundary to the west, whilst some Southwark residents living further away did receive official notifications.

Cllr Noakes argued that the scheme would have a significant impact on the conservation areas in Lambeth, noting that it is significantly closer to Roupell Street than previously approved high-rise developments.

He said: "This is an overdevelopment of this site which would cause harm to the setting of the conservation area, fails the requirement to preserve or enhance the appearance of a conservation area, does not meet policy on tall building and would have a detrimental impact on the residential amenity of existing and future residents – and for that reason I ask members to refuse the application."

Michael Tsoukaris, Southwark's head of design and conservation, told the committee that the area is considered as an appropriate location for tall buildings.

He likened the cluster of tall buildings at the northern end of Blackfriars Road to a flower arrangement, with "a prominent group of buildings in the middle, tapering towards the edges".

The scheme was approved with five votes in favour, one against and one abstention. Councillors voted unanimously to grant listed building consent.