Archbishop's Park will again feature a zip wire this summer, bringing in £50,000 for Lambeth Council. 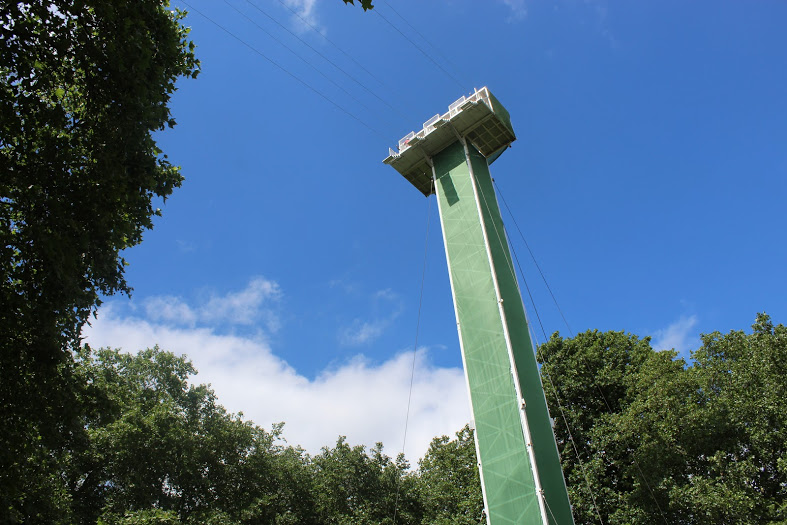 Tickets have been on sale for several months, but Zip Now London this week received permission from Lambeth Council's planning applications committee to operate until late September.

Thrill seekers can reach speeds of 50 kph over 225m from a 35m launch tower taking in views of Parliament and Lambeth Palace.

It is the third summer the park has hosted the attraction.

This year were 14 objections to the planning application and 23 letters of support.

Objections included concern for the loss of peace and quiet in the park.

Last year, the levy went towards tree planting in the park and a new official woodland walk – work on which will begin this year.

The money also went towards cleaning and repainting of the shelter in the southern portion of the park, according to a council report.

Zip Now London will also donate £1,500 to the Friends of Archbishop's Park, which will go toward park projects and a community event on September 12.

The attraction's operating hours were shortened to finish before dusk to not disturb neighbours and night flying species like bats.

A spokesperson for Zip Now London said they had so far employed 54 people, 10 of which are Lambeth residents.

A 2018 study found the zip line event generated approximately £228,000 for local businesses, with zip line customers spending around £30 in the area.