Ambitious plans by St John's Waterloo to upgrade the church to better serve the local community and London as a whole have received the ecclesiastical equivalent of planning permission. 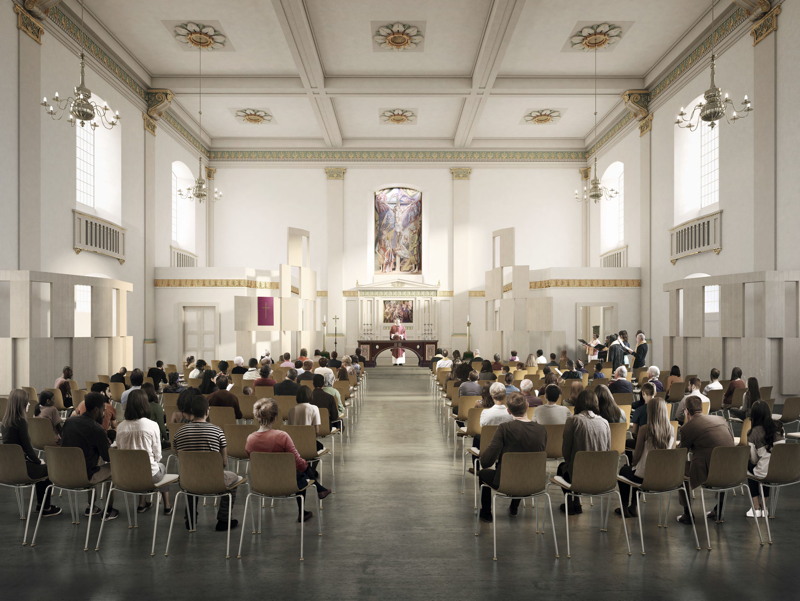 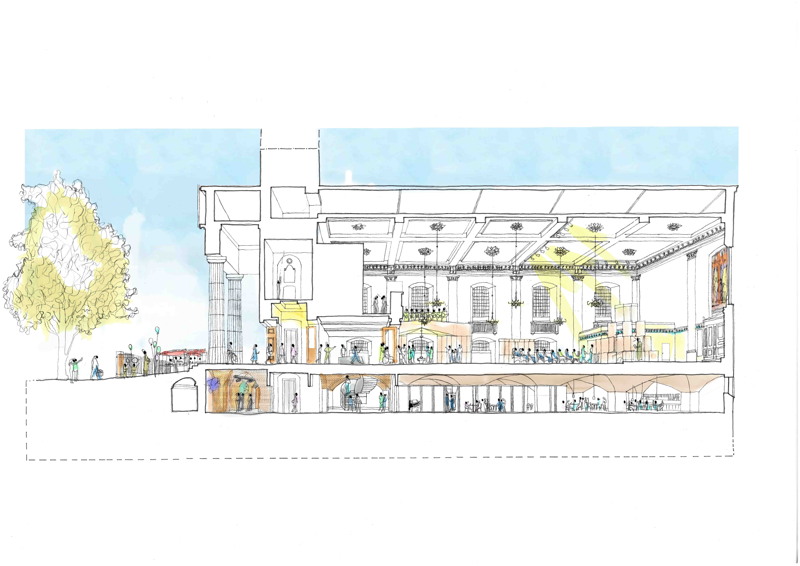 A faculty – the Church of England's version of planning permission – has been granted for significant alterations to the worship and performance space in the main body of the church.

The decision by the chancellor of the Diocese of Southwark follows the faculty in 2018 granted for a large-scale renovation of the crypt and vault rooms, remodelling of the street entrance to create a foyer and new access down to the lower floor.

Funds are now being raised for ReIGNITE 2021, the campaign to complete the works in time for the 70th anniversary of the Festival of Britain on the South Bank, which was the last time such radical changes were made to the fabric of the church.

"This was the final piece of the planning jigsaw," said vicar Canon Giles Goddard, who has been working on the development project for seven years.

"Our vision for St John's as a beacon church for London now has the green light. We are incredibly grateful to everyone who has helped us achieve this milestone. All that remains is the funding, and we are well over half way to reaching our Ł4.5 million target."

Eric Parry said: "The overall vision for St John's Waterloo is one of creating the open door, the welcome, the space for different uses from the informal to the formal, and enable the capacity for solemnity on the one hand and celebration on the other.

"The project is wonderful because of the simultaneity and diversity of people involved and because these spaces are able to deliver a sense of tranquillity and introspection in a world that is so manic and so stressed, their value is enormous and this is why this project is so important."

The judgement by the Chancellor, Philip Petchey, noted that: "St John's, Waterloo is an impressive Georgian church, prominently located at one of the transport hubs of London.

"The area around it is experiencing extensive redevelopment, including the building of many flats.

"It is close to the Royal Festival Hall and the other facilities which make the South Bank of the River a place which many people visit. The Vicar heads a dedicated team which is developing the church as a place of worship; for mission; and as a community resource. They are doing some splendid things.

"But much as they have achieved, they want to do more, building upon the remarkable potential which the building has."

The decision to grant a faculty for the works follow an earlier application – for more radical changes to the church – which was turned down after a lengthy Consistory Court hearing triggered by objections from the Twentieth Century Society.