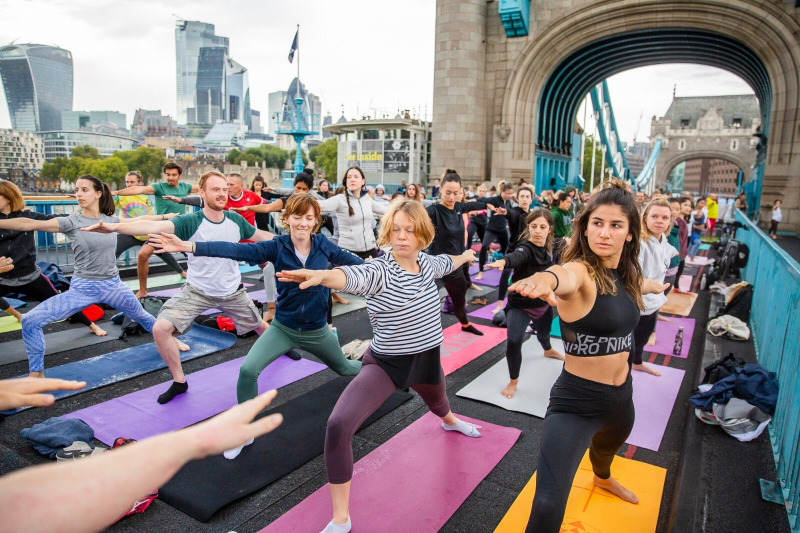 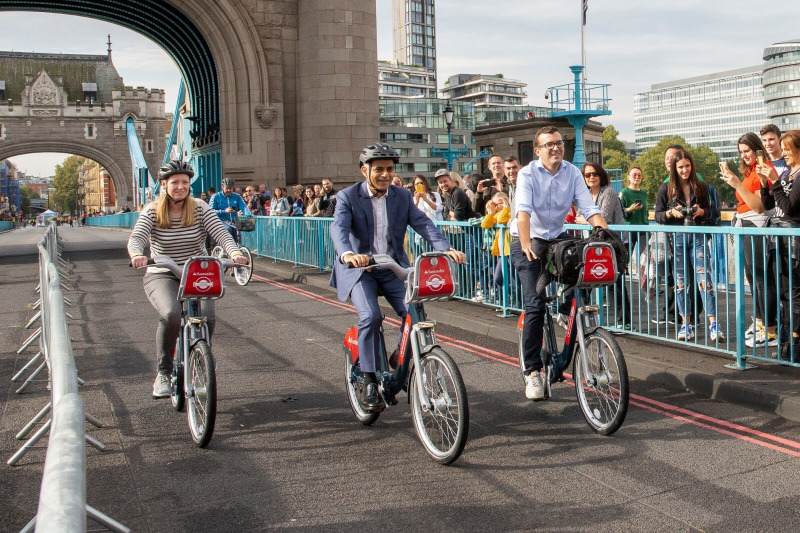 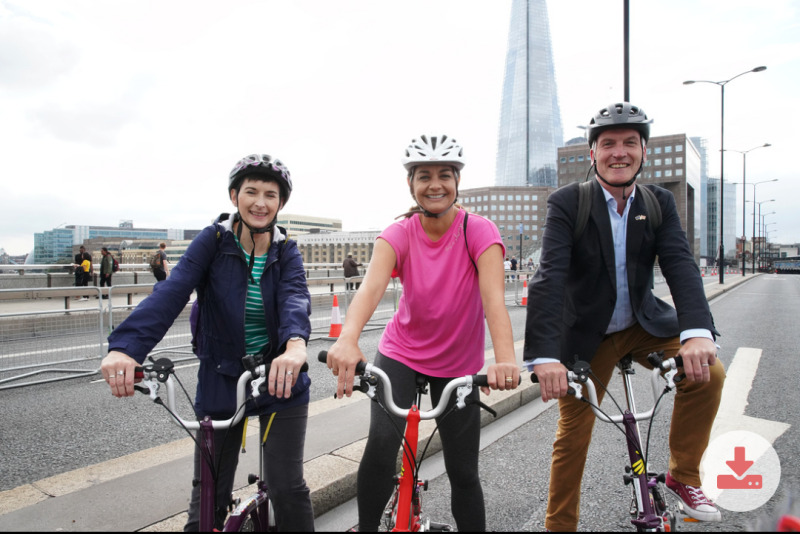 Tower Bridge was closed to traffic, and London Bridge was open to buses only, with much of the Square Mile around Bank Station also given over to pedestrians and cyclists.

Undeterred by the rain, some Londoners joined a yoga session on Tower Bridge at 8am.

There was live music and dance, street games including badminton and chess, food stalls, a hedge maze, and pop-up parks for visitors to enjoy .

The event also coincided with Open House London, which saw iconic buildings such as Mansion House, City Hall and the Masonic Temple open to the public.

Mayor of London Sadiq Khan, who funded Car Free Day from City Hall, said it gave Londoners the chance to reimagine their City without the traffic.

London was joint third worst for pollution in a study of European cities last year, with two million people including 400,000 children living with unlawfully toxic air.

But London Assembly Conservatives argued that Car Free Day was a gimmick, and money should be spent on long-term measures to tackle pollution.

She said: "This is costing a million pounds of taxpayers money. It could have gone on these green buses. That would have had a lasting effect.

"This is just a PR stunt for him – it's the same with everything he does."

Lib Dem mayoral candidate Siobhan Benita said: "Today I enjoyed car free London. But today is just one day and part of a worldwide initiative. One day of action is far, far too little.