Deckchairs, games and a pedal-powered sound system were some of the attractions in a temporary recreation area created in The Cut on Saturday afternoon to celebrate the international Car Free Day. 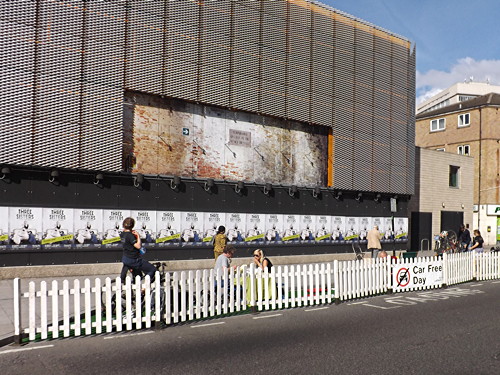 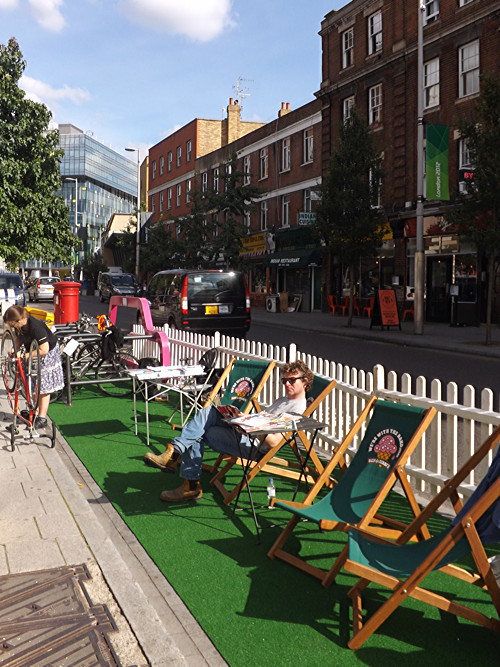 The Young Vic's loading bay in The Cut was suspended for the day and covered in fake grass and deckchairs.

One of Cyclehoop's bike racks which transforms a parking space for a single car into a rack for 10 bicycles was also installed for the event.

12 years ago Lambeth and Southwark councils joined forces to close The Cut to motor traffic on Car Free Day but this year's initiative was on a much smaller scale.

In 2001 Tower Bridge was closed to traffic to celebrate Car Free Day.

"It's great to see what can be done when you create a car-free zone on a busy London street," said Cllr Pete Robbins, Lambeth's cabinet member for neighbourhood services.

"These car-free zones have always been very popular in Lambeth.

"In previous years the council has worked to transform parts of Brixton, West Norwood and Clapham for the day into unrecognisable spaces with imaginative, alternative uses.

"The results have been impressive and over time they've had the effect of encouraging us to think differently about our inner city urban spaces and how we use them every day."