Multi-millionaire art collector Charles Saatchi, owner of the Saatchi Gallery on the South Bank, is said to be &quot;devastated&quot; by the destruction of part of his collection in a warehouse blaze. 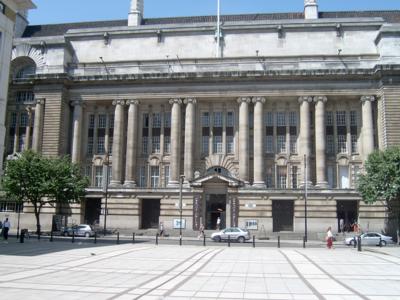 The Saatchi Gallery at County Hall in Belvedere Road

Millions of pounds worth of artworks belonging to Saatchi, including Tracey Emin's infamous tent, are feared destroyed in a warehouse fire.

The blaze swept a warehouse in Leyton belonging to one of the country's leading art handlers and storers, Momart.

Works feared destroyed in Monday's fire include Hell, by Jake and Dinos Chapman, and Emin's tent, Everyone I Have Ever Slept With.

Hell was on show at the County Hall attraction until March this year as part of the gallery's retrospective of the Chapman brothers' work.

A Saatchi spokesman said: "We are waiting for Momart to give us final confirmation.

Other Momart clients include the National Gallery, Tate and Buckingham Palace.

Around 500 people were evacuated from their homes as firefighters tackled the blaze on Monday morning. A thick cloud of smoke from the fire could be seen from the South Bank.

The fire spread through industrial units covering an area the size of a football pitch.