Former Southwark councillor Piers Corbyn has been issued with a fixed penalty notice for breaching COVID-19 regulations by participating in an anti-lockdown protest outside St Thomas' Hospital. 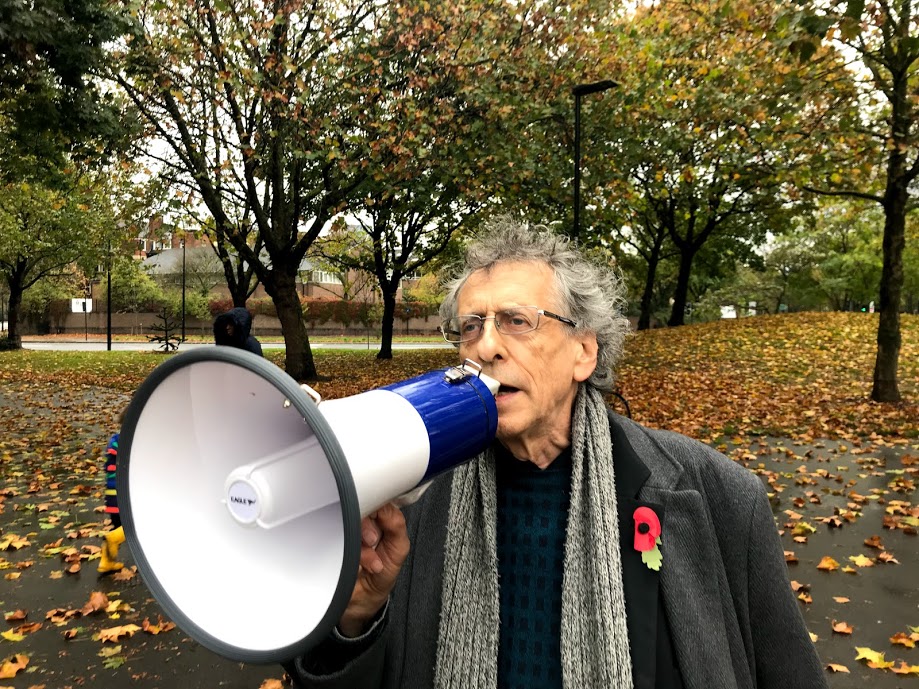 Piers Corbyn – who is the elder brother of former Labour Party leader Jeremy Corbyn – has taken part in a number of protests against the current lockdown, including one in Glastonbury.

On Saturday he was issued with a fixed penalty notice by police officers outside St Thomas' Hospital where he had arrived with a group of protesters.

He told Russia Today: "I came down here today to support the protest calling for the end of lockdown immediately to save those who have been left behind by the lockdown.

"More people are dying now in care homes and have been barred from the NHS because of the lockdown."

Protesters had chanted "we want freedom" as they walked along the South Bank towards the hospital. There were also calls for the arrest of Bill Gates.

Corbyn runs his meteorology business from an office in Borough High Street.

Corbyn served as a Southwark Labour councillor in Burgess ward between 1986 and 1990.

He quit the Labour Party in 2002 and stood unsuccessfully as an independent candidate in Faraday ward.

More recently he contested the 2015 Chaucer ward by-election on a platform to oppose social cleansing.