Bankside’s Great Get Together reinvented as marathon radio show

Each year since 2017 Bankside has hosted one of the flagship Great Get Together street parties established to honour the legacy of the late Jo Cox MP. This year the event was reinvented as a radio show featuring dozens of local voices. 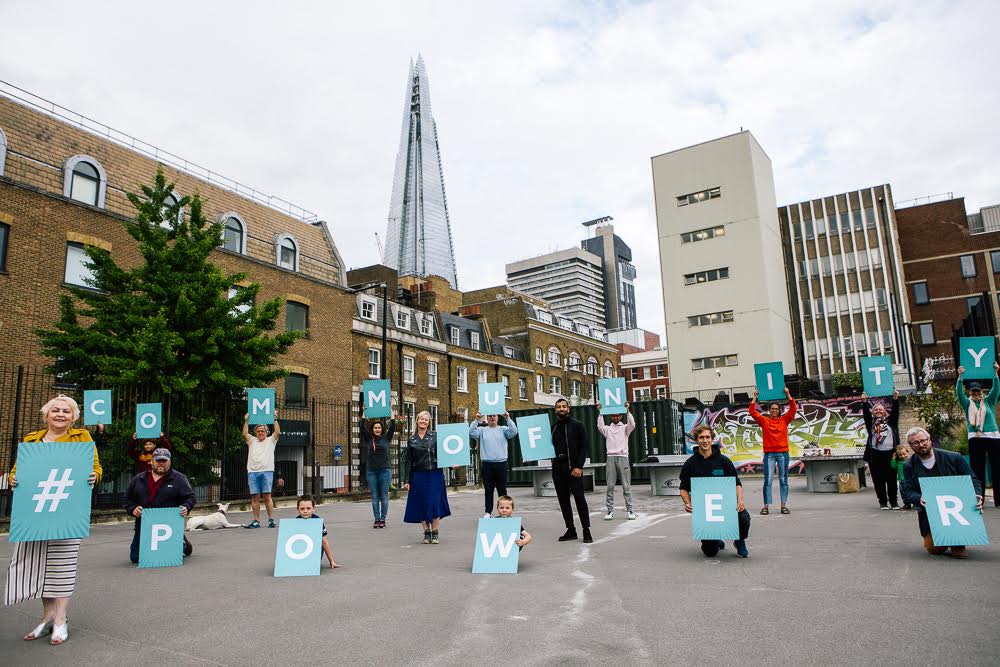 Bankside Open Spaces Trust – which organises The Great Get Together in SE1 – teamed up with local arts radio station Resonance FM and other broadcasters to put together an 11-hour broadcast on Sunday 21 June featuring interviews interspersed with poetry, radio plays, stories and music.

Kim Leadbeater, sister of the late Jo Cox MP, opens the show to explain how The Great Get Together came about.

Olympian Tom Daley takes part, with his young son also making a contribution, and talks about his love of Bankside, the Olympics, and the importance of BOST's work at the Marlborough Sports Garden.

Ben Lovett of Mumford and Sons reveals that the Great Get Together in Bankside is the best festival he's ever been to and reminds him of his early experiences of Glastonbury.

He also talks about what inspires him about the area, his efforts in keeping the grassroots music scene alive, and offers a prediction on who to look out for as the next festival headliner act.

Cllr Adele Morris reflects on her journey from Blackpool to Bankside and talks about skinheads, aliens, and turning Morrisey away from a party when she worked at the ICA. She also shares the story of how her community engagement coincided with BOST coming in to being in 2000.

Former MP Sir Simon Hughes reveals how he ended up dancing on Top of Tte Pops but also shares anecdotes on some of the many local campaigns he's fought over the years and his love of history and theatre.

The Dean of Southwark, the Very Revd Andrew Nunn, shares his knowledge of plants, how the parish of Southwark Cathedral plays a central role across the community, and reveals the music that makes him happy.

Developer Keith Ewart talks about the Brigade Court scheme. He also reflects on the significance of the site, and reveals the discovery of the fire brigade's wartime feline mascot.

David Stephens, explains how he worked with BOST to create a garden in Winchester Palace, as well as how his vision of the Low Line came about.

Sarah Gaventa talks about the Illuminated River – the art commission on London's bridges – and hopes it can be enjoyed by residents, commuters and visitors alike.

Author Michelle Lovric shares how Bankside and Venice inspire her work, her love of the Thames, and the campaign to stop the Ocean Diva.

Jennifer Cooper talks about the history of Crossbones Graveyard, the "sacred profanity" of the vigils which have taken place every month for the last 16 years to honour all outcasts – living and dead.

Tina Johnson from Blackfriars Settlement celebrates the history, people and the fun associated with the activities at the centre for those who are 'positively ageing'.

Kevin Quinn of the Southwark News talks about the origin of the independent newspaper, Bermondsey in the 80s, and his love of theatre.

Cllr Johnson Situ – possibly the next leader of Southwark Council – talks statues, wellbeing and the importance of open spaces.

There's even more on the BOST website including a conversation with Amir Eden of Living Bankside and long-time resident Maureen Lynch, Dragon Cafe, Borough Belles (WI), George Nicholson as well as a photography project by Steve Hollingshead narrated by actor Andy Serkis.