Seven fire engines and at least 40 firefighters were called to a fire at the Thirsty Bear pub in Stamford Street on Wednesday. 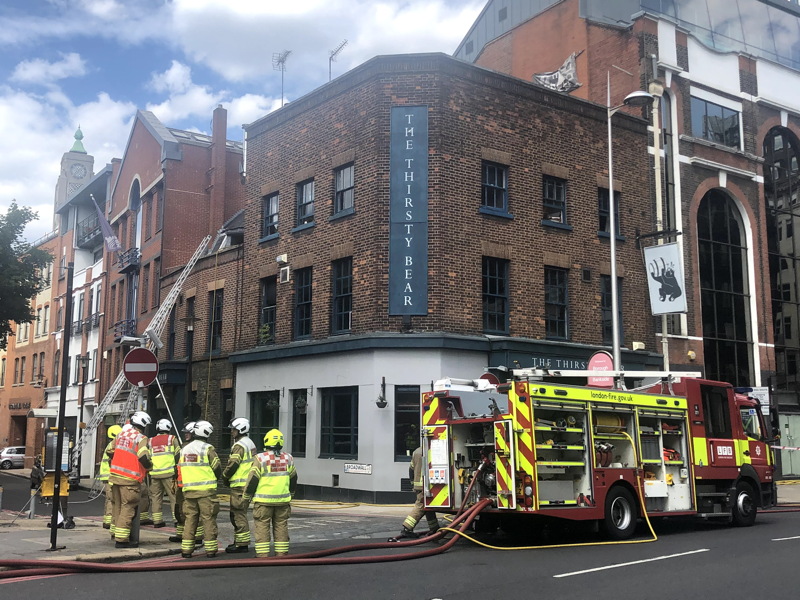 Station Commander David Bracewell, who was at the scene, said: "The road is closed between Blackfriars Bridge and Waterloo roundabout whilst crews continue to work to make the scene safe, so we urge locals to avoid the area."

The Thirsty Bear – previously the Stamford Arms – was the first pub to introduce self-service ordering with at-seat tablet computers.