Artworks by Mark Titchner have been installed in two locations near London Bridge as part of a project to boost morale and brighten up the streets. 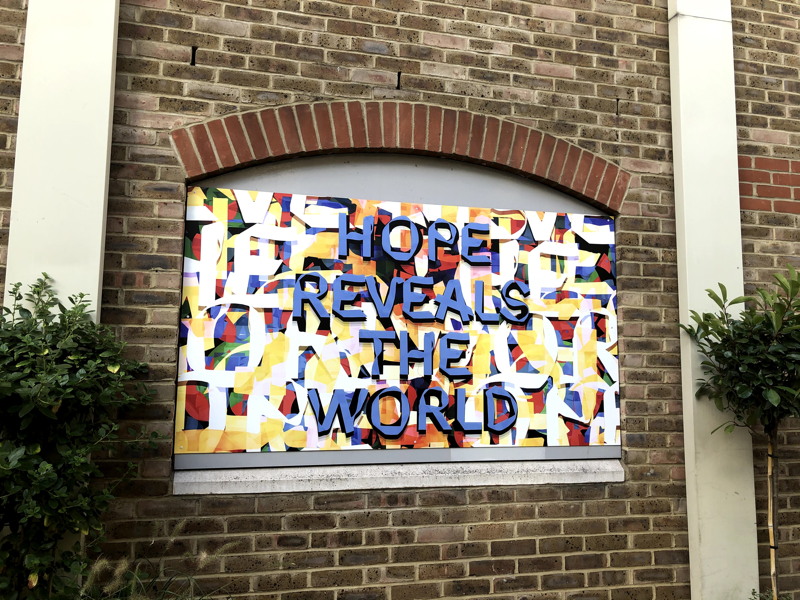 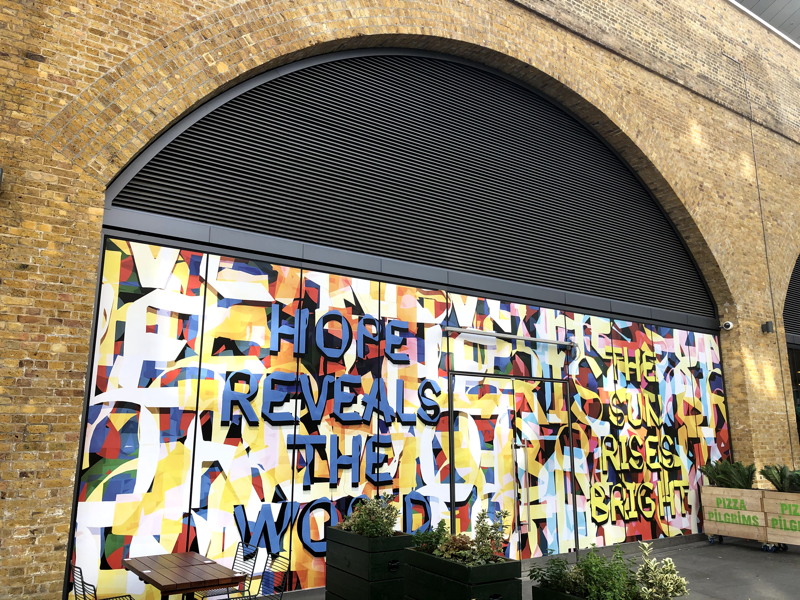 Business improvement district Team London Bridge has worked with Mark Titchner on the project which can be seen opposite Crol & Co in Newcomen Street and next to Pizza Pilgrims at the top of Bermondsey Street.

"The original concept for this series of artworks was based on the idea of offering a nurturing, reassuring presence as we ease back into our un/familiar streets," said Mark Titchner.

"However, as I developed the texts for the works, I also felt a sense that this moment – despite all the difficulty – presents an immense opportunity; the opportunity to build a better version of what we had before.

"As such the aesthetic style of the works shifted away from something soothing towards something bold and celebratory.

"Reflecting a hope that despite all the challenges so far and those yet to come, we will be together again in the streets we know and love."

Titchner's work can also be seen in the Stainer Street tunnel, outside the CitizenM London Bankside hotel and at the former schoolkeepers' house at Cathedral School in Redcross Way.