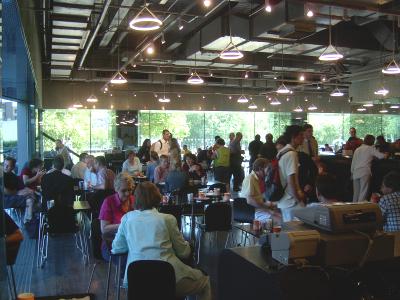 The Bike2Work breakfast has long been an annual fixture in Southwark Cyclists' Bike Week programme, but this year the gathering relocated from its usual venue of the Island Cafe in Flat Iron Square to the more prestigious – and pricier – Level 2 cafe at Tate Modern, which opened early especially for the occasion. This year's event was also joined by members of the All Party Parliamentary Cycling Group who set off from Bankside on their annual Bike Ride to the Palace of Westminster. 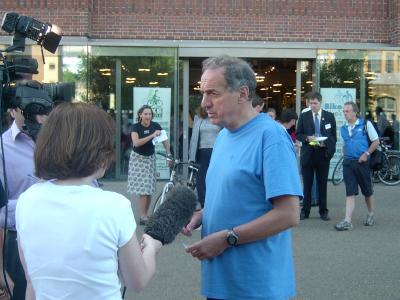 Transport minister Kim Howells used the occasion to launch a walking and cycling action plan: "I am delighted that we have been able to bring forward measures which will make cycling and walking easier, safer and more attractive. Walking and cycling offer tremendous health, transport and social benefits, as well as being enjoyable means of getting around. We want more people to choose to walk and cycle more often.

"The action plan, with more than 40 practical actions from across and beyond Government, is evidence of our commitment to walking and cycling. It will help to provide an environment in which walking and cycling are viable, enjoyable and safe. The amendment to the Traffic Management Bill will help to ensure that cycle crossings are kept free for cyclists and walkers to enjoy." 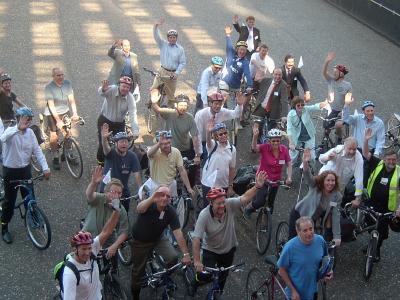 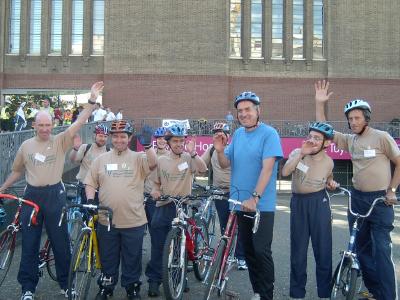 Kim Howells with members of the Special Olympics team

Expressing her delight that the Special Olympics GB cycling team were joining the event, Jane Griffiths, chair of the All Party Parliamentary Cycling Group, said: "Their achievements are an example to everyone who makes excuses about why they can't cycle to work, or to keep fit – especially to MPs and Peers. We all wish them the best of luck for the future." 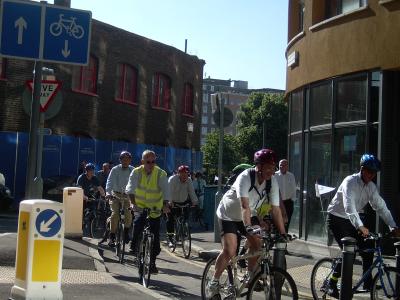 The parliamentarians negotiate the cycle contra-flow in Hopton Street