The latest images of Beetham's proposed 68-storey residential building on the site of Sainsbury's former headquarters have been shown to the Waterloo Community Development Group. 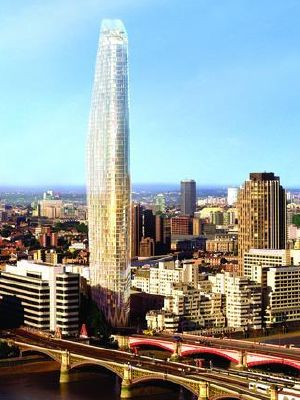 Christian Male of Ian Simpson Architects, addressing a meeting at the Waterloo Action Centre, described the plan as "a world class design" which would bring life back to the streets. Shops are planned for the site's ground floor facing Stamford Street and Blackfriars Road whilst the first floor of the main building would be an hotel.

The tower will have a public plaza at the base with cafes and sitting areas.

The plan, known as 1 Blackfriars Road, includes public access to a viewing area at the top of the tower which has been designed with an inner and outer skin to incorporate hanging gardens for the towers' residents. Social housing is being allocated in the low rise block which faces Stamford and Rennie Streets.

Christian Male described the 225m tower's height as "appropriate for the site". Although higher than the Gherkin it is lower than the proposed London Bridge Tower. 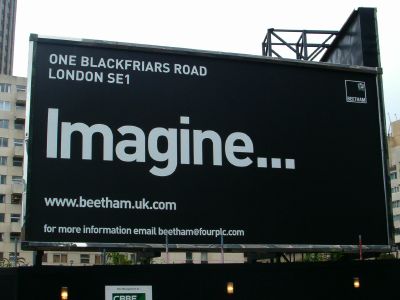 If completed the Blackfriars Road development would contain 109 apartments and be Britain's tallest block of flats.

The Commission for Architecture and the Built Environment desribes the scheme as a bold addition to the London skyline but expresses reservations about the configuration of the family housing in Rennie Street.

CABE also has concern about the large overhang of the building above the corner of Stamford Street and Blackfriars Road and suggests that the impact of this aspect of the scheme on both pedestrians and drivers should be carefully considered.

The public viewing gallery is described by CABE as essential since "a tall building of this prominence would only be acceptable if the public are able to enjoy the views it will provide". But the Commission is encouraging the architects and developer to address any issues including security that are likely to affect the viability of this proposal.

Westminster City Council is the first of the surrounding local authorities to object to Beetham's planned tower and will be citing its intrusion into the view of Horse Guards Parade from St James's Park as a major concern.

• There will be an exhibition of the proposed 1 Blackfriars Road tower on Friday 16 September (3.30pm-6.30pm) and Saturday 17 September (9am-12 noon) at the London Nautical School in Stamford Street. The display is expected to include a model.