Southwark Council has announced plans to build 1,000 new council homes by 2020 - starting with a development of 25 to 30 homes on the site of the former Borough & Bankside area housing office on Long Lane. 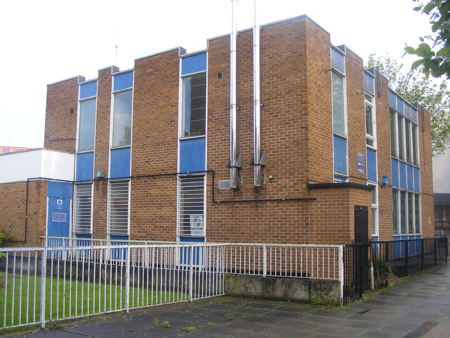 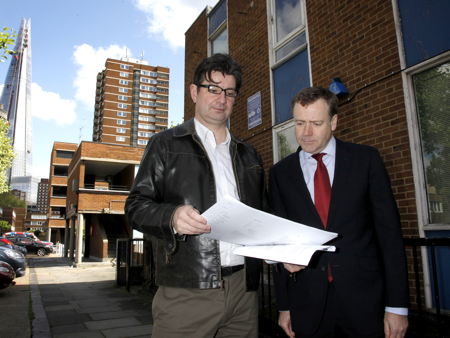 The council will use cash received from developments such as Neo Bankside and King's Reach Tower – where the authority has, controversially, approved schemes with no on-site affordable housing – to fund the new homes.

"We are absolutely committed to delivering more high quality, genuinely affordable council homes for Southwark, which is why we have ambitious plans to build 1,000 in Southwark by 2020," says Cllr Peter John, leader of the council.

"Over the past year we have already delivered 600 affordable homes in Southwark, but no-one else is talking about building council homes on this scale."

"It makes economic sense to use the returns from our successful regeneration and development projects to invest in council housing.

"This will provide a secure and sustainable answer to the problem of an ever-rising housing waiting list.

"It will also mean we can avoid a situation where Southwark residents have to move out of the borough to find an affordable property."

This summer the council will begin to consult on plans for 25 to 30 new homes on the site of the disused housing office in Long Lane. Located on the edge of the Kipling Estate, the new homes would be managed by the Leathermarket JMB tenant management organisation.

Further developments of new council housing will occupy spaces which are underused, vacant or problematic for large-scale schemes, such as garages.

"We are delighted that Southwark Council has picked up the JMB's plans and thinking and decided to apply it across the borough," says Leathermarket JMB chair John-Paul Maytum.

"Our residents know that there's a real shortage of genuinely affordable rented homes in the area and there is little chances of people's children getting homes nearby, or for people to move into more suitable homes as they get older.

"These schemes will only work if they are done working hand-in-hand with local residents, which is why we're delighted that Southwark Council is committing to working in partnership with the JMB in this way.

"People are much more likely to agree to a development on or around their estate if they can see there will be a direct benefit for their families or their neigbours. Trying to just impose new homes would face strong local resistance and cound see people putting themselves in front of the bulldozers."

• Last week Bermondsey Community Council approved a private development of 15 new homes on the site of the Valentine pub, adjacent to the former housing office in Long Lane.

Speaking before the Labour council's announcement of a house-building programme, Cathedrals ward councillor Adele Morris condemned the tendency for affordable housing funded by private developments in Borough & Bankside to be built outside the area.

Cllr Morris was speaking on the last agenda item at the final meeting of the Borough & Bankside Community Council held last Wednesday evening at the Ability Media Centre in Southwark Bridge Road.

The meeting took place nine years almost to the day since the first Borough & Bankside meeting was held in nearby Charles Dickens Primary School on 8 May 2003.

The debate was triggered by a report on affordable housing requested by the councillors of Cathedrals and Chaucer wards.

Liberal Democrat Cllr Morris accused Southwark's Labour council of allowing developers in Bankside to build required affordable housing off-site rather than as part of a new scheme. Worse was the increasing tendency to allow developers to pay a sum in lieu towards housing, with no geographical restriction on whereabouts in the borough it can be spent.

"People who lived round here long before anyone thought it was interesting now have to move down to Peckham," Cllr Morris told the meeting. "Land values and profit must be huge.

"The original Beetham Tower [One Blackfriars] planning application included intermediate housing. The new developers are building the same tower but there are no on-site affordable units. Why can they not do it now?"

She said that payments just from the King's Reach development and nearby One Blackfriars could amount to £22 million and £9 million. She called for a strategic vision for dealing with these "mammoth" sums.

Housing and planning officers present were questioned by members about 'sequestial tests' applied when deciding the outcome of an affordable housing requirement.

Earlier Cllr Morris denounced the sale of council owned land in Blackfriars Road to property developers when it could have been used for affordable housing.

Cllr David Noakes agreed with the sentiments of colleagues that the council should be more transparent and joined up by committing itself to mixed communities. He suggested identifying sites owned by the council.

Cllr Geoffrey Thornton highlighted a conflict between Southwark's core strategy and the London Plan over the number of housing units needed.

Before closing the meeting, chair Cllr Poddy Clark called for the updating of the development sites map which all councillors present had criticised for numerous errors.