Ken Livingstone has abandoned his legal challenge to the Rembrandt lapdancing club on Tooley Street - but locals are continuing to press for a review of Southwark&#39;s licensing policy. 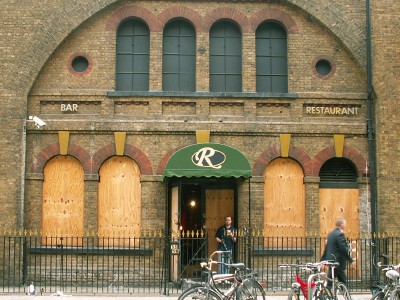 Local residents were told at a City Hall meeting on Wednesday that the mayor's legal advisors had advised him to halt his attempts to seek the revocation of the Rembrandt club's licence via the courts. Instead he will continue to support local groups calling on Southwark Council to review its licensing policy.

"The Mayor has received legal advice on how to proceed with the case against the opening of a lap dancing club near London Bridge," a GLA spokesperson told the London SE1 website.

"It has been found that the best way forward is to continue to work alongside local residents, businesses and other objectors to highlight and to challenge Southwark Council on its licensing policy, which has allowed an establishment like this to open so close to schools, tourist attractions and offices.

"The Mayor wants Southwark to review and revoke this license."

It is expected that a deputation of local residents will attend Southwark's Council Assembly on 28 June. Labour group deputy leader Cllr Fiona Colley has tabled a motion calling on the council to review its licensing policy.

The Rembrandt Club is the brainchild of Gerard Simi, who describes himself as "probably the most specialised director of nude shows in the world".

Speaking at a recent debate on community issues, Unicorn Theatre artistic director Tony Graham branded the lapdancing club "offensive to women", "deeply sexist" and for "sad men". "It doesn't belong in the community", he added.

420 signatures have been collected on paper and online petitions opposing the club.